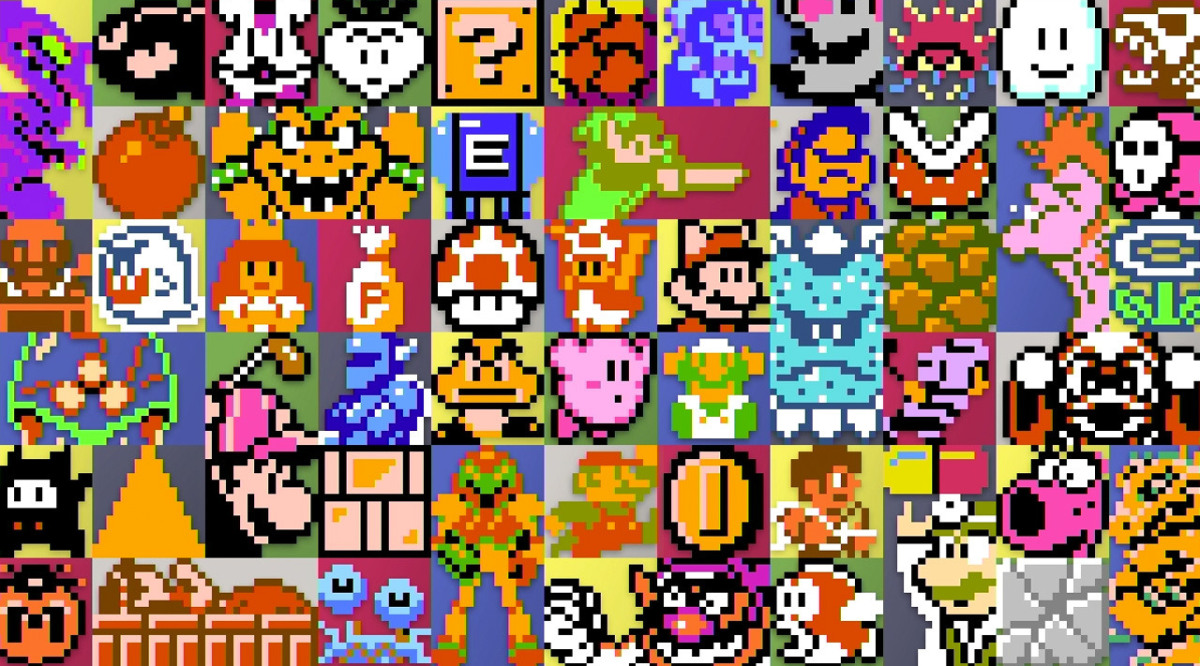 It’s a feeling I think we’ve all experienced: the uncomfortable notion from withing that there is something deeply wrong with us for not enjoying a particular piece of media. It’s especially discomforting when it’s something that seems engineered to push all of our individual Like buttons, as though somehow we’re the ones that are flawed for not properly adoring this work made to cater explicitly to us.

This feeling cropped up when I started playing the NES Remix games on Wii U. Here were cleverly conceived compilations of classic NES titles with the addition of “remix” games: parts of classic titles remodeled and mashed together in unique ways to deliver bite-sized new challenges. I certainly love Nintendo history, having grown up on so many of these titles, so the concept excited me immensely. But actually playing NES Remix 1 and 2 on Wii U felt strangely unfulfilling,  even downright frustrating. I wondered if it was the platform – these sorts of short objective-driven challenge experiences, I feel, tend to work better in mobile games that you can dig out and play for ten minutes. With this in mind, I picked up Ultimate NES Remix on 3DS, but even playing it to break up long Persona Q sessions left me feeling more irritated than amused.  Obviously, it wasn’t the platform that’s the problem. So then, what is it that makes NES Remix considerably less than the sum of its parts?

I wonder if, perhaps, my expectations were colored by the way Nintendo initially marketed the game. In the initial trailers, they showcase both the bite-size snippets of NES titles and the “remixed” versions of games, but considerably more emphasis is put on the latter.

And of course, for someone like me who played a bunch of these NES games to death, the promise of new and interesting challenges based on games I cherish is a big selling point. However, when you actually play the games, you make a rather unpleasant discovery: The “remix” games are few in number compared to the standard challenges, and in order to actually play most of the remixes, you have to trudge through said challenges and earn enough stars to unlock them.

The standard challenges are based on small objectives within the original games, starting with basic challenges and working up to more advanced stuff. Legend of Zelda’s challenges, for example, start off with a challenge foryou to enter the cave and get your sword, move on to challenges of item usage and finding secrets, and wrap up with having you beat Ganon. Shouldn’t be too hard to go through, right? Well, here’s the thing: by having perform these mostly rote, simple actions out of context and divorcing them from the games as a whole, NES Remix effectively sucks all of the fun out of what you’re doing, leaving you completing what feels like an excessively long modern tutorial mode in order to unlock the stuff you actually want to play. And since you need a lot of stars to make all of the good stuff available to you, you’re stuck not only repeating dull, context-free actions in the games you loved, but also in a bunch of stuff you didn’t really like. I never really cared for Excitebike, and I’d never played Wario’s Woods before, but slogging through their numerous challenges in NES Remix made me loathe these games – which is the exact opposite of what a nostalgia-fueled product is supposed to do. 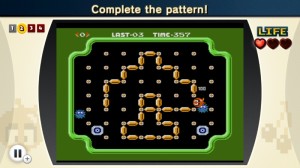 I can see why the developers may have thought reducing the games to a series of quick challenges was a good idea. Younger players might not be familiar with the NES originals, and in the era of short, simple smartphone games, it’s easy to assume that they don’t have the attention span for anything but 30-second challenges. But despite what heavily edited and compiled footage of TEENS OVERREACT TO ALL THE OLD CRAP YOU ENJOYED AS A SEVEN-YEAR-OLD videos implies, younger players actually like retro games a lot! They’re easy to get into, there’s a lot of expression and appealing visual style in their “old” sprite graphics, and the quality game design of the best retro stuff is timeless – these games are (mostly) still capable of being enjoyed today in their original forms. I can also understand wanting to give these players a quick crash course in mechanics before leading them into the more difficult “remix” versions of games, but this is absolutely not a good way to do it. If they don’t have fun learning the original game mechanics, why on earth would they even want to play the remixes once they’re unlocked? 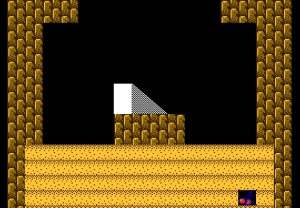 The challenges also run counter to the spirit of the games’ design. One of the things that made the best NES games so great was how they organically fostered the learning of new gameplay skills. Take, for example, a sequence in Super Mario Bros 2 world 2-1 where, upon entering a building, you see only a Shyguy enemy, a big pile of sand, and the door leading back from where you came. You can see a cherry collectible in the sand pile, so you know you can get there, but how do you do so? You’ve already spent three stages learning the B-button-to-pull-from-the-ground mechanic, so you think “maybe I should try pressing B on the sand,” and lo and behold, it works – you start digging, going a bit deeper, and you’ll discover that there’s even more sand (and more stage) further down! Eventually, after three screens of digging, you reach the exit. In a later part of stage 2-2, you’re presented with a similar scenario, only now you must dig through a huge sand pile, recover a key from the underground room, and climb back upwards to a locked exit, all while dodging some inconveniently placed enemies, grabbing cherries for invincibility, and avoiding the Phanto guardian, which you encountered in 1-2 and 1-3 (more building on established mechanics!). No instructions, just a careful build on what players have learned from experience, leading to a fun feeling of growing in your understanding how the game’s world and mechanics work.

NES Remix, meanwhile, just unceremoniously plops you into that part of 2-2 and tells you to dig with the B button to get to the key. No fun lead-up, no sense of discovery, just “here’s what to do, now do it.” Yay.

I’ve rambled a fair bit already, but to sum it up: doing rote activities in games – simple button pressing, moving around, beating enemies – while devoid of context of the greater game simply isn’t fun 99% of the time, and the challenges in NES Remix are proof of this. However, the WarioWare games actually did some similar stuff, giving you 4-second chunks of classic Nintendo stuff in the 9-Volt levels – but, again, there’s context for those: you’re trying to beat a gauntlet of rapid-fire minigames one after the other as part of a sustained challenge, not just completing a single objective (or set of small objectives), collecting stars, and calling it a day. So while the concept of NES Remix’s challenges and WarioWare’s throwbacks are similar, the execution in the latter series is far superior. 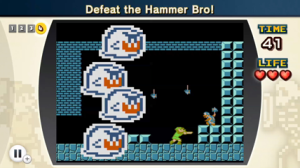 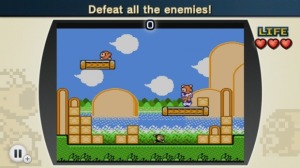 The worst part about it all is that the remix games – you know, the stuff you bought the game for and are bitterly slogging through boring Balloon Fight tutorials to get to – are all really fun. They toss  unexpected, creative twists and crossovers into classic games, allowing you to do ridiculous stuff like Princess Peach floaty-jump through Mario 3’s high-speed airship stage or try and make it through Punch-Out fights where opponents have crazy new abilities. Some of them aren’t as good as others – there are way too many remixes where they just flipped the screen and said “yeah, good enough” – but even a few duds don’t drag down the better efforts. In fact, the only things dragging them down are – you guessed it – the dull as dirt challenges needed to even access them.

If Nintendo were to release an Ultimate Ultimate NES Remix that removed all the standard challenges and was just all remixes, all the time, I’d tell everyone reading to buy it in a heartbeat. Instead, the NES Remix titles are games that I really wish I could properly enjoy and recommend, but their design winds up undermining their biggest selling point. Hell, in terms of being an enjoyable nostalgia showcase, Smash 4 utterly annihilates NES Remix. Why not invest the time you’d spend with a bunch of boring challenges to obtain stuff in NES Remix unlocking and learning to play Duck Hunt Dog in Smash 4 instead? You’ll probably get a lot more satisfaction out of it.