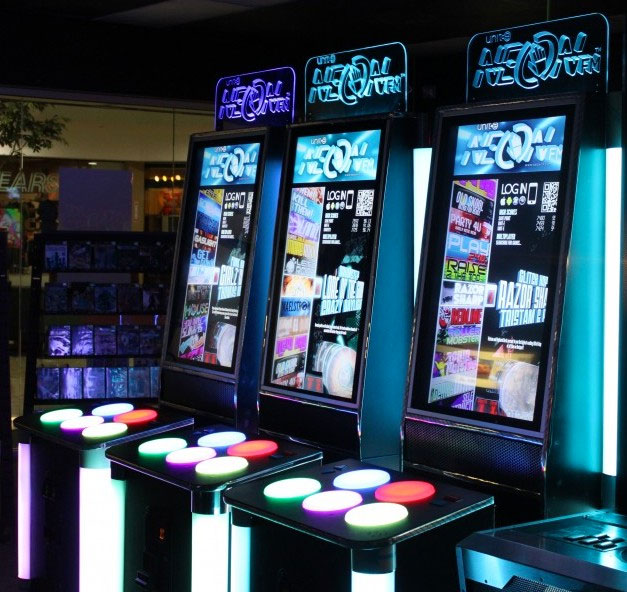 Hello, folks. It’s been a while! I’ve been chronicling some of the issues we’ve been facing here on gaming.moe over the past couple months over on Patreon and a bit on Twitter, but we’re almost, almost in the clear now! Older pieces may be looking strange for a while until I get all the kinks ironed out, but thus far, our move to a different image server is going well. Nothing can put a stop to true gaming love. Nothing!

I have a ton of stuff in the backlog that I’m going to trickle out over the next couple weeks (including one fantastic interview I’m super hyped for), but I feel like the best way to get the ball rolling again is with the kind of utterly weird stuff this site is (somewhat) known for. Brace yourselves, folks — this one’s a doozy. 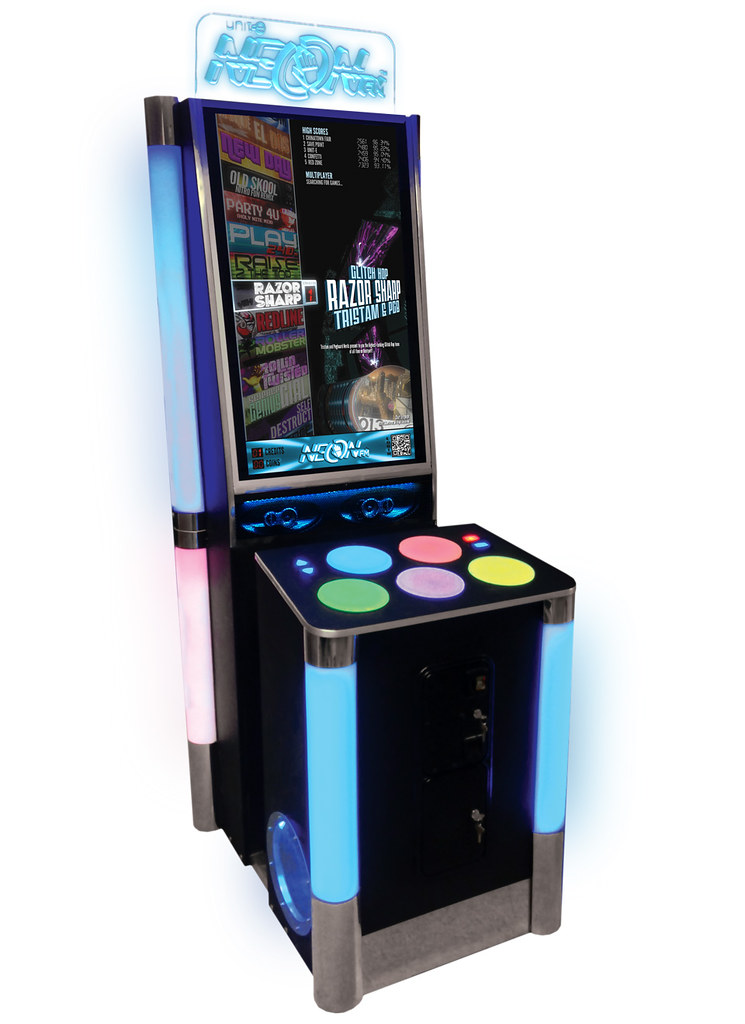 The other day, I was chatting with LordBBH about videogaming stuff, as I tend to do. I forget what the subject we were originally on was, but eventually conversation turned to a particular song from a music game called NeonFM.

I actually wasn’t aware of NeonFM until BBH told me about it, but as I’m prone to do once some random game catches my interest, I began to research the hell out of this thing. As it turns out, NeonFM is game with a long and interesting history. See, back in the early 2000s, hype for all things Bemani was at a fever pitch and arcades were overrun with groups of players who loitered around to play whatever versions of Dance Dance Revolution and Pump It Up were available to them. Dance Dance Revolution was the game that would help keep arcades on life support for a few more years: it was a tremendous hit in North America and drove a lot of interest in early music games, even inspiring people to import other Bemani titles that hadn’t been released Stateside.

There was a lull, however, between 2002 and 2006, with no new versions of DDR hitting arcades as Konami’s Bemani team focused on games that were doing better in their Asian markets: Pop’n Music, Beatmania IIDX, and GuitarFreaks/DrumMania.  Seeing an opening in the market for a new arcade dance game, a group of rhythm game fans got together under the name Pop’nko (later changed to Unit-e Technologies), planned out a new dance game called NeonFM, and attracted investors and distributors to help finance and manufacture the game.

Of course, you can’t have a music game without music, can you? Well, the NeonFM team had a few connections throughout the rhythm game community, and they managed to put together a bunch of original songs to feature in the game. There’s one song in particular, however, that I think deserves to be highlighted, because its very existence baffles me.

I’m warning you now, readers: there’s no going back from this point.

If you’re prepared to experience real music gaming tunes, then click below.

END_OF_DOCUMENT_TOKEN_TO_BE_REPLACED 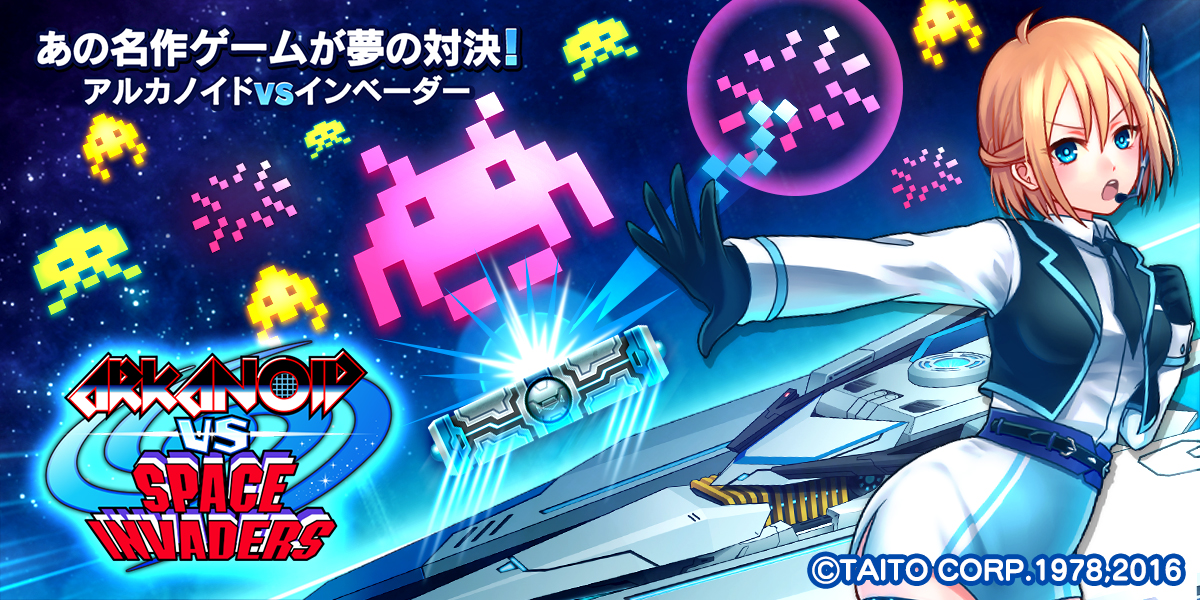 I think anyone who follows this site knows that I’m something of perfectionist: when I don’t have any editorial constraints, I’m the sort of person who will nitpick at something until it comes out just right. Sometimes, I feel like a piece is perfect almost from the get-go. Other times, well, it takes a while before I can mold a piece of writing into something I’m satisfied publishing. A lot of the stuff I cover here doesn’t see a lot of attention anywhere else, after all, and I want those folks who come here from a Google search on obscure gaming subjects to walk away feeling completely satisfied. So when I write a big ol’ piece about Raimais or MC Hammer’s video game influence or weird as hell Virtua Fighter OVAs, I want it to be really, really good.

So when Arkanoid vs. Space Invaders originally came and went as a Japanese-exclusive F2P mobile game, I wanted to write a lot about it. I would be the only person memorializing this odd little game chock-full of Taito fanservice in English, after all, and it would be my duty to preserve a little piece of gaming history most others would overlook. I’d done something similar for Bubblen March, another Taito F2P game that died suddenly months after I wrote about it, but in this case, I wanted to do it better.

Unfortunately, my perfectionistic tendencies kicked into overdrive, and while I poked away at it for months on end, I never really felt satisfied with the piece as a memorial. I was the sole person enshrining this game’s memory, dammit, I had to do the best job I could, and I would have rather not posted anything at all than posted something I wasn’t happy with. 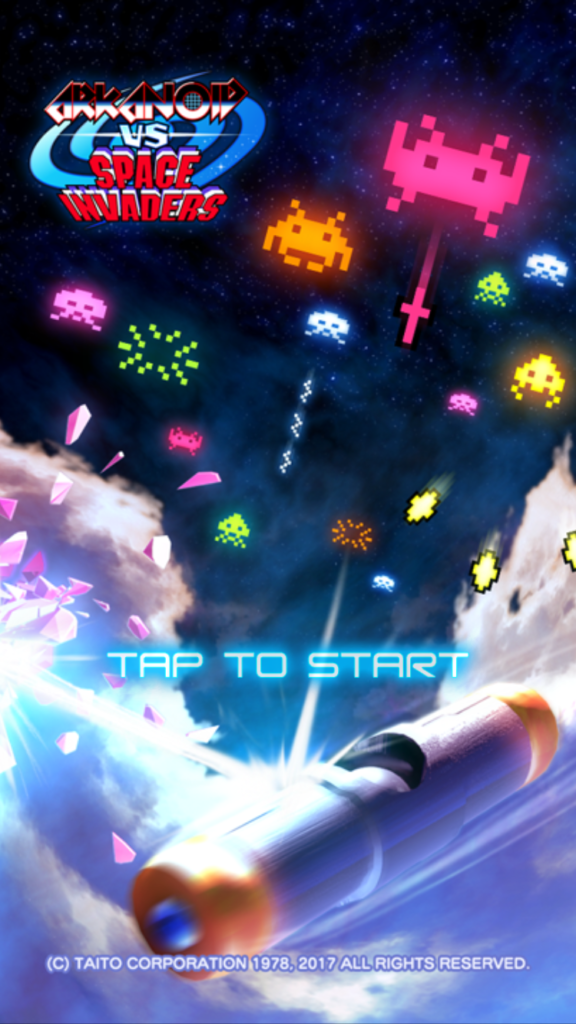 But then a funny thing happened: out of nowhere, Arkanoid vs. Space Invaders was reborn as a global paid app on iOS and Android. For about $5, you can play the game with no further strings attached.

It was a weird relief: I didn’t have to hold myself responsible for preserving the game’s memory outside of Japan, because now it not only existed again, but was available in roughly a dozen different languages. It’s received a fair bit of word-of-mouth and good initial reception, too. However, I still think there’s something to be looked at here, since many of the people now playing the game didn’t have an opportunity to see how the game was transformed in its unlikely revival.

I think it’s finally time to sit down and talk about Arkanoid vs. Space Invaders.

END_OF_DOCUMENT_TOKEN_TO_BE_REPLACED 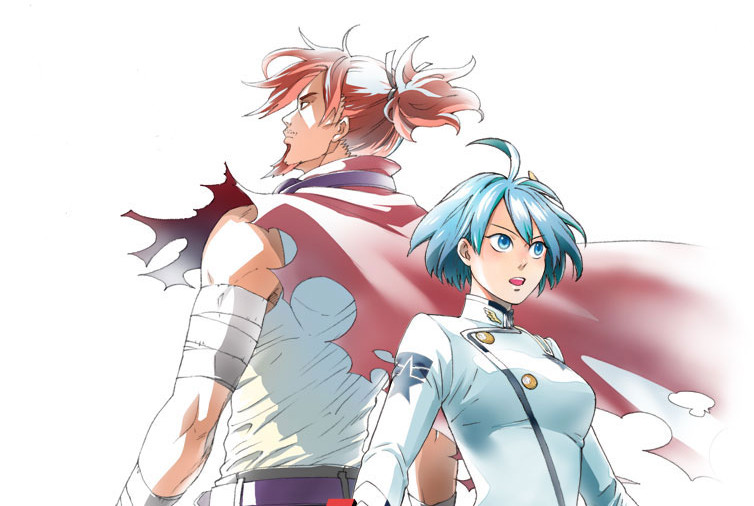 The landscape of Japanese gaming has changed tremendously over the past decade, and perhaps the most seismic shift is the explosive popularity of mobile gaming on smartphones. The accessibility, low cost, and ease of development for iOS and Android systems combined with the tremendous installed user base has created a brand new market for niche genres and retro-styled games. Shooting games in particular have encountered something of a resurgence on these platforms: Recently, CAVE’s Gothic wa Mahou Otome, a free-to-play shooter with touchscreen-based movement, has become the company’s biggest hit in years.

But Cave’s not the only face in the mobile STG scene. Recently, a new company called Tanoshimasu unveiled Aka to Blue, a mobile-based STG with a style akin to many of the late 90s-early 00s danmaku classics that established the bullet hell subgenre. It wasn’t terribly surprising to learn that the head of Tanoshimasu, Hiroyuki Kimura, was himself a former employee of CAVE.

Being a longtime CAVE fan, I’m pretty excited for this game, and I feel like it’s also the sort of game that would benefit greatly from more exposure and word-of-mouth. I reached out to Hiroyuki Kimura via a mutual contact and asked him if he’d like to talk a bit about his industry experience, the formation of Tanoshimasu, and the current state of Aka and Blue’s development. Read on!

END_OF_DOCUMENT_TOKEN_TO_BE_REPLACED 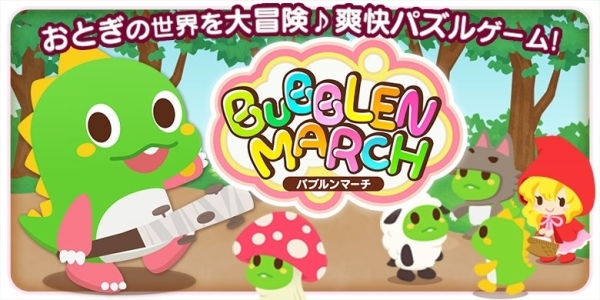 My dear sister recently moved into a new job out of the country, and bequeathed unto me her iPhone. Up until that point, I’d been using Android phones, and while I still prefer the Android OS as a whole, one of the big things that iOS offers is ease of switching between music/app store territories. Just make a new Apple ID account, throw in a random overseas address, and BAM! You have a new account in whatever country you please, and can download pretty much anything from their stores. Actually paying for said apps and music is another story, since you’ll need someone to buy you iTunes cards from that territory, but there’s still ample free apps for you to grab if you don’t want to go through the trouble.

As we’re well aware, Japan’s mobile gaming industry has eagerly embraced the free-to-play model, and being the brave soul that I am, I’m trying to wade through that muck in the iOS app store and see if any free-to-play spinoffs of beloved franchises getting  are actually worth a damn. Yes, a lot of free-to-play games are garbage, and I say that having defended the model as not completely terrible: It’s all about implementing it correctly, in a way that makes the player feel satisfied, not strongarmed, to spend money on a service. Taito’s shown that they can do that well with Groove Coaster Zero, a fantastic free-to-play music game that offers numerous tracks as paid expansions. I’d recently seen a few of their upcoming mobile game announcements: a Wizardry roguelike, Arkanoid vs. Space Invaders (it kills me that this isn’t out yet), and a match-3 puzzler called Bubblen March. Being the Bubble Bobble nerd that I am, Bubblen March immediately caught my attention, and it wasn’t long before it was sitting on my iPhone’s app set.

I’ve been playing for a couple weeks now, and my feelings towards Bubblen March are… complicated, to say the least.

END_OF_DOCUMENT_TOKEN_TO_BE_REPLACED 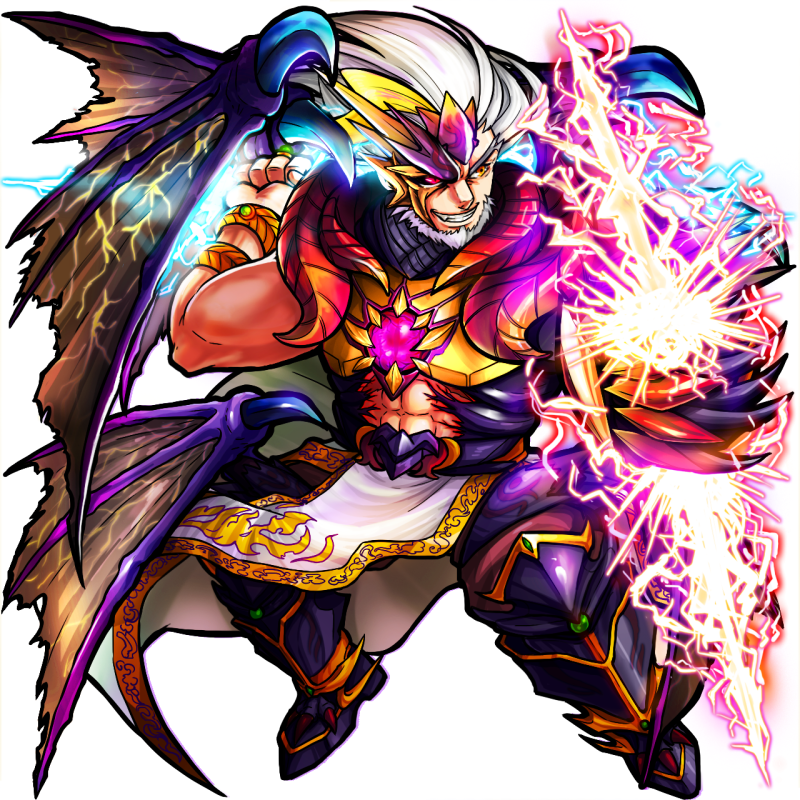 The Japanese App Stores are a battlefield: the top grossing free-to-play apps rake in millions every day for their respective producers, jockeying for status and position on the charts, while thousands of others peter out after a few months or maintain a small but eagerly supportive audience. Others never even get off the ground – remember that Street Fighter card game? It went into beta around this time last year and nothing has come of it since. The freemium market might look like easy (or even greedy) money to a casual observer, but it’s actually a far harder nut to crack than most folks might think.

Monster Strike, a game which has been in a heated war with Puzzle and Dragons for top-grossing Japanese app for months, is noteworthy not only because it’s been such a huge hit in a very, very tough market, but because it’s something of a redemption story. Publisher Mixi operated a once-dominant social network in Japan that, in recent years, was rapidly losing ground to competitors like Facebook, Line, and Twitter – only to see business take a dramatic upwards turn as people picked up the game. The game’s designer, one Yoshiki Okamoto, is a man responsible for numerous classics at companies like Konami and Capcom, practically defining the late-80s-early-90s arcade legacy of the latter. Okamoto’s previous studio, Game Republic, suffered a terrible collapse after deals with western developers tanked, leaving them with massive debts that AAA development budgets require. Okamoto has now sworn off console development entirely, focusing strictly on mobile – thanks to Monster Strike’s roaring success. It might seem tragic at first, but knowing just how badly he got burned – and seeing just how fun Monster Strike is1 – Okamoto finding a new path and purpose in game development is actually a very happy story indeed.

I had an opportunity to talk with Okamoto and Koki Kimura, a producer at Mixi, about Monster Strike, along with Michael Oakland of Mixi’s localization team. We talked about the game and the ideas behind it, engaging in a lot of silliness in the process.