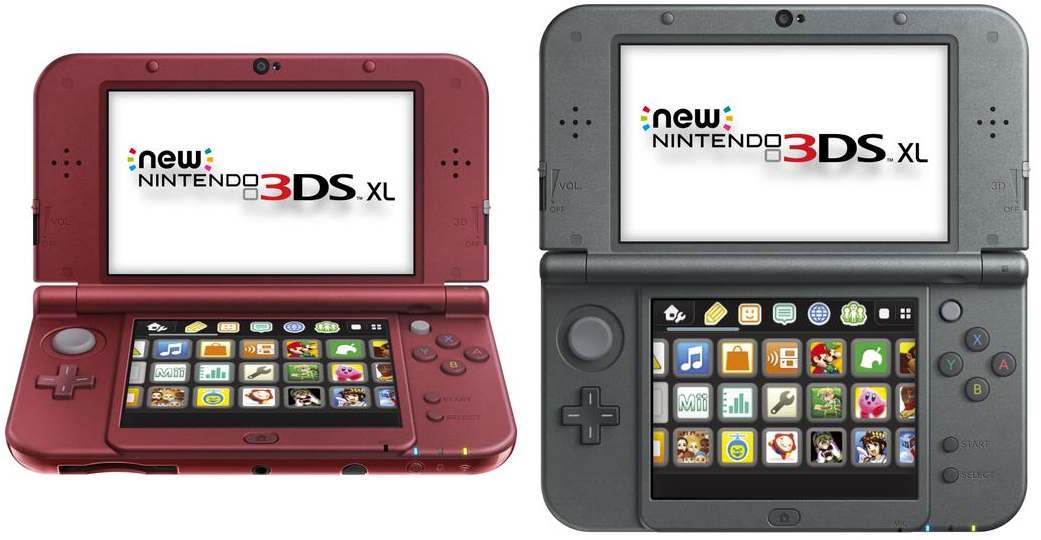 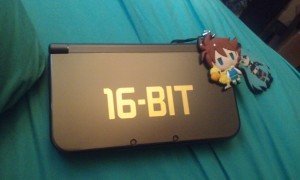 Form factor: There’s another reason why I wanted a standard-sized model over an XL besides all the stupid vanity faceplates: I feel like the XL is just too big for me. This was the case even with the original 3DS XL: the giant screen, when combined with the 3D effect cranked up anywhere above the halfway point, is seriously disorienting for me to look at. I find it hard to focus on the whole screen rather than parts of it, leaving the areas that fall outside what I’m most focused on as blurry, double-vision images. On the regular 3DS, I could see the whole screen with 3D cranked up all the way just fine. Not so on the XL. 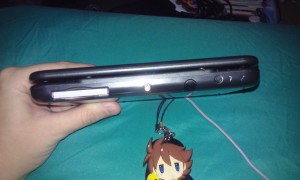 But that’s a complaint more heavily lobbied towards the XL size in general – the system itself has some significant layout changes when compared to either of the older models. The area below the touchscreen used to host Select (the appendix of game console buttons), Start, and the Home button. Instead, it now just has Home, and Select and Start are moved off to beneath the ABXY button array, where the power switch used to be. Power is now located on the foward-facing part of the system’s bottom half, which is also where the stylus is stored. I’m not a huge fan of this relocation, as the power switch sticks out just far enough that it could conceivably be hit by accident.

That’s not the most egregious design annoyance, however: the microSD card slot is no longer easily accessible. In fact, it’s worse than the average smartphone in terms of being able to change it easily. Not only do you have to remove the bottom half of the system and the battery to change it, you have to actually unscrew and rescrew the bottom cover to do so. It’s not fun to have to find a tiny screwdriver and keep track of a billion teensy screws just because you’re out of storage space. I suggest buying a large-capacity micro SD card, like a 64GB, sliding it in, and then hoping you never fill it up and have to change it ever again.

What I do like, though, is that Nintendo finally moved the volume slider to the upper half of the system, where you’re not likely to move it by accident during a frenzied play session (as has happened to me on the old model too many times to count). 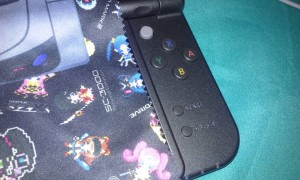 The added control C-stick… er, nub: Well, you can’t really call it an analog pad because it really isn’t. If you remember older laptops or certain modern Lenovo laptop models that had a little center keyboard nub that worked as a cursor pointing device, that’s basically what this is. The New 3DS’s c-stick is quite firm compared to the slide pad or the PS Vita’s analog sticks – it doesn’t even have the same amount of give as the PSP’s notoriously springy analog slider. As such, a little bit of pressure put on it goes a long way: it might not feel like it’s moving much physically, but it definitely translates as such in-game. I’m honestly a little bit concerned that some folks might be confused by the c-stick’s lack of motion and wind up pressing it so hard that they’d damage it – it’s not the same as the analog sticks we’re used to, and it should not be handled like them. I really wish Nintendo would have just added another slide pad – this is a nice thought to save space, but it feels awkward and I don’t think it’ll be useful for any functions beyond aiming or camera rotation.

By the by, the New 3DS c-stick works with all preexisting Circle Pad Pro compatible games (when I first booted up After Burner II 3D, for example, the game immediately detected its presence), though given its restrictions, I can’t really say much for whether or not it’s effective across all the older CPP-compatible titles. 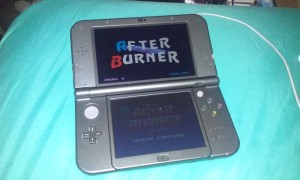 Load speeds: the New 3DS is a fair bit faster, and you’ll definitely notice that your old favorites tend to boot up and load more quickly than before. Game speed is unaffected – you just don’t have to wait as long to get to the good stuff.

Super Stable 3D: This is honestly the feature I ran into the most issues with. Over the course of a few years of use, I’d managed to attune myself to where the 3D “sweet spot” on the original 3DS was and position my view instinctively to where I’d always hit it. However, the Super Stable 3D feature, for the most part, tends to mess up my viewing of the system’s 3D more than it helps. Since the feature works primarily through face tracking and detection via the front-facing camera, maybe it has something to do with the way I like to play – in a dim room without a lot of light illuminating my surroundings, which I’d imagine makes it tough for the console to discern my face. Still, in the course of playing, I generally found it to make the 3D look janky more often than it actually kept it stable. (I think the aforementioned issues I have with the larger screen don’t help much with the 3D stablization, either – the edges of the screen tend to look distorted from almost any viewing angle for me.)

Amiibo Support: I can’t really say anything about this yet, since at the time of this writing, no 3DS games are amiibo-compatible. However, I was able to register myself as owner of recently purchased Super Smash Bros amiibae1, which I could then use on the Wii U. So there’s that. 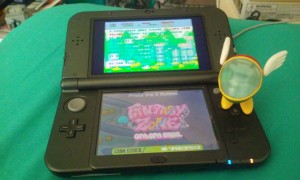 I am using this review as a tool to push my retro-Sega agenda. Proof shown here that I am colluding with Opa-opa.

Overall feelings: I know I’d have wound up begrudgingly purchasing a New 3DS XL anyway out of necessity had I not received one, and if your current 3DS model is starting to show its age – worn-down slide pad, weak battery, scuffed-up screens – it’s certainly the best option for a replacement/excuse to get a new system. Though I wish some of the new features had been implemented better, it’s definitely an improvement.

In the end, though, I’m still bitter. I feel like I’m repeating myself at this point, but I really, truly wish that I had the option to buy the regular-size New 3DS. I feel like that particular size of system and screen was more comfortable for me on several levels – not to mention a fair bit more appealing in terms of user customization with the faceplates and such. I’m sure I’m not the only one who feels this way, either. It’s frustrating that Nintendo hasn’t given us a good reason why they’re skipping the release of that model in the Americas, too – just some standard PR speak about markets and all that. Bigger isn’t always better when it comes to portable electronics2, and if you’re not giving me a consumer choice you’re happily giving to Europe and Asia, I’d really like to know why.

But who knows? Maybe someday Nintendo will drop the territory-locking nonsense, we’ll be fully region-free, and I’ll be able to buy a Japanese/European New 3DS Regular Size and still be able to enjoy all of my games. A girl can dream…