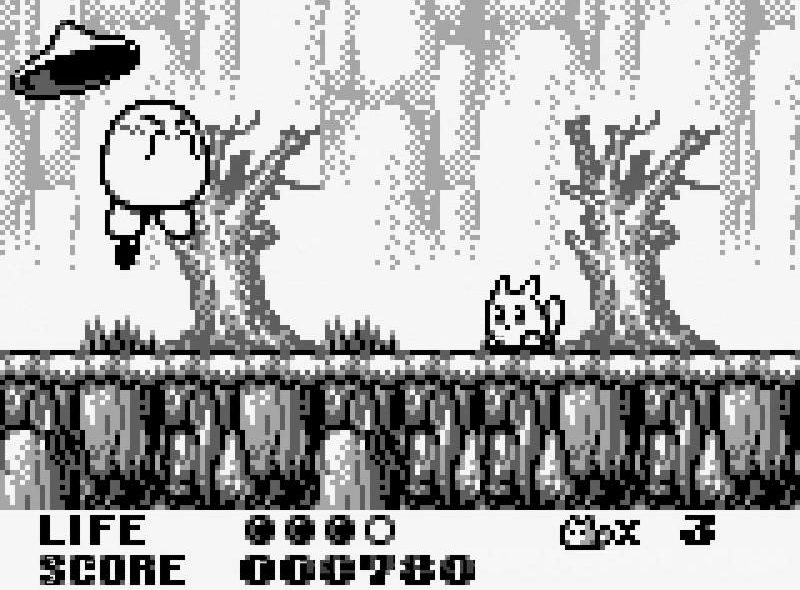 Summer Games Done Quick is a thing that’s happening right now, and I can’t help but find a bit of irony in the fact that, in the quest to be able complete games as quickly as possible, a lot of these runners have poured hundreds of hours into individual games. Many of these titles would be considered “short games,” things you’d wrap up nicely in a couple of hours with some adequate gaming skills if you were playing “casually.”1 Being short, however, is often considered a detriment to a game’s quality. Even with our massive backlogs of unplayed Steam Sale acquisitions and potentially ill-advised Amazon purchases Cheap Ass Gamer alerted us to, we still somehow view not getting a long game as a detriment.

But you know what? That way of thinking is wrong. Short games are friggin’ fantastic and I want more of them.

You might be thinking I’m saying that because I’m old and don’t have time for things. Well… I am pretty busy, but that’s mostly because I get requests to review a lot of lengthy games. So yeah, I confess, I may be a bit jaded after freelance reviewing a lot of mediocre JRPGs for a little over a decade. But honestly? I don’t have full-time commitments (yet – you’re welcome to offer me work, game media sites!), I don’t have a family to provide for, and I have no problems parking myself in front of a monitor for an extended period of time to grind out a lengthy gaming session. So those aren’t really factors for me.

No, I just honestly think that, in the majority of cases, a shorter gaming experience is a better one.

This being the internet, I can’t just lay out a hot take like that and not back it up some some reasoning, so allow me to give you my rationale.

A shorter game can provide a more tightly designed experience

I love traditional arcade shooters, as you might have surmised from my interview with Cave’s IKD elsewhere on this site. Cave games aren’t long: if they’re single-loop, you can finish them within about thirty minutes. But what makes them so special and beloved is the amount of craftsmanship that goes into that experience. Things like enemy and shot formations, pacing, and player rewards are carefully considered and fine-tuned to maximize the enjoyment and challenge of those thirty minutes. (And when you’re playing for sheer survival – which is common in danmaku titles – those moments can seem a lot longer!)

If you’re not concerned with making a long game, it means you can lavish attention on little details and making the moment-to-moment gameplay great. Every moment you’re not padding out a game with a boring enemy rush is one you can spend on a great boss or a terrific showcase of game mechanics instead. It’s why Alien Soldier is one of my favorite games: there’s very little in-between the constant boss combat, but that doesn’t matter because every boss in the game is challenging, memorable, and fun.2 Conversely, when games that were initially designed to be short pad themselves out, the results are often disastrous – see the soul-crushing final stretch of Metal Slug 3 as a prime example.

The best place to see this design philosophy at work is in arcade games. There’s a very distinct challenge present in creating coin-op titles: you want to keep the player coming back and putting coins in, but not hogging the machine for too long. Thus, the game has to be interest-grabbing, immediately engaging… and short. A good arcade game lets you have fun immediately and knows how not to overstay its welcome – while also offering a quiet challenge to you to come back and master it.

Time is at a premium, and there are more ways than ever for you to entertain yourself. How are you ever going to keep up with all of your nerd obligations when you’ve got a bazillion unfinished quest markers still taunting you on the world map? I mean, sure, you don’t have to finish all of them – but you want all of those trophies, right? And you should get your money’s worth, right? Nevermind the fact that you actually stopped having fun about twenty hours ago, you’re here to finish this, dammit!

The faulty “more content = value = worth as a money/time investment” assessment is a common one, and the ridiculous content bloat in a lot of modern games in the name of “giving the players value” really deserves its own essay. With a shorter game, however, it’s a lot less likely that you’re going to burn out before you reach the end.

But some games don’t just drag at the end. A considerable number of games do not teach and/or give you all the tools you need to complete the game from the get-go: you’re going to be stuck with a lot of tutorial nonsense throughout. You’ll constantly be getting new skills and abilities as you progress, and while seeing your character grow can be fun, it’s often used as a means to artificially lengthen a game. Some games that do this (like Platinum’s titles) reward you for putting the effort in to really learn a game’s intricacies, and improve significantly with the time you’re willing to invest in improving your skills. However, most games that hold back on giving you access to everything are just trying to keep you working towards “the good stuff” – which is where you get absurdities like “it gets good after thirty hours!”

We all have games we love and keep coming back to. Maybe we spent a lot of time with them when we were younger, maybe they have a personal significance, or maybe they just have something great about them that really hits a sweet spot for us. We’ve played these games for years, and when we’ve had a bad day or just need a break, we dig these titles out and have fun with them.

Everybody’s got their own “comfort games” (my big one is Sonic CD), but when we’re already busy and stressed and need something familiar to unwind to, it can be hard to sink into a gigantic open-world adventure or RPG. On the other hand, a platformer we can zip through in a couple of hours works perfectly.

Which brings me to my last point…

The best games are the ones you want to experience over and over. Games that offer features like quality competitive or cooperative multiplayer can provide this easily: just find a group of buddies who are eager to play with you and you’ll get a lot of fun out of a single title. But most games are designed around a solo experience, and when a game is both not terribly long and gets more enjoyable as your skill level increases (like, say, NiGHTS into Dreams), you get something you’ll gladly keep coming back to – even though there isn’t a lot of “content” in the AAA-game sense.

I feel like companies are afraid to make short games out of fear that used copies will quickly start to line GameStop shelves. But there will always be people who buy a game and dump it when they’re done. But if you make a great game, no matter how long or short it is, more people will hang onto it. If it’s a download-only game and it’s good? More people will keep it (Steam), and more people will tell friends to play it (everything else).

So stop worrying about abstract concepts like “value.” The value of a game isn’t how much stuff is in it, it’s how much you like playing it. If 30 hours of an 80-hour game are miserable, that’s a pretty bad value in my eyes. How about a 30 minute game where I have fun for all 30 minutes every time I play it instead?

Yeah, I think that sounds a lot better.

Crowdfunding and Expectations, Case file No. 9