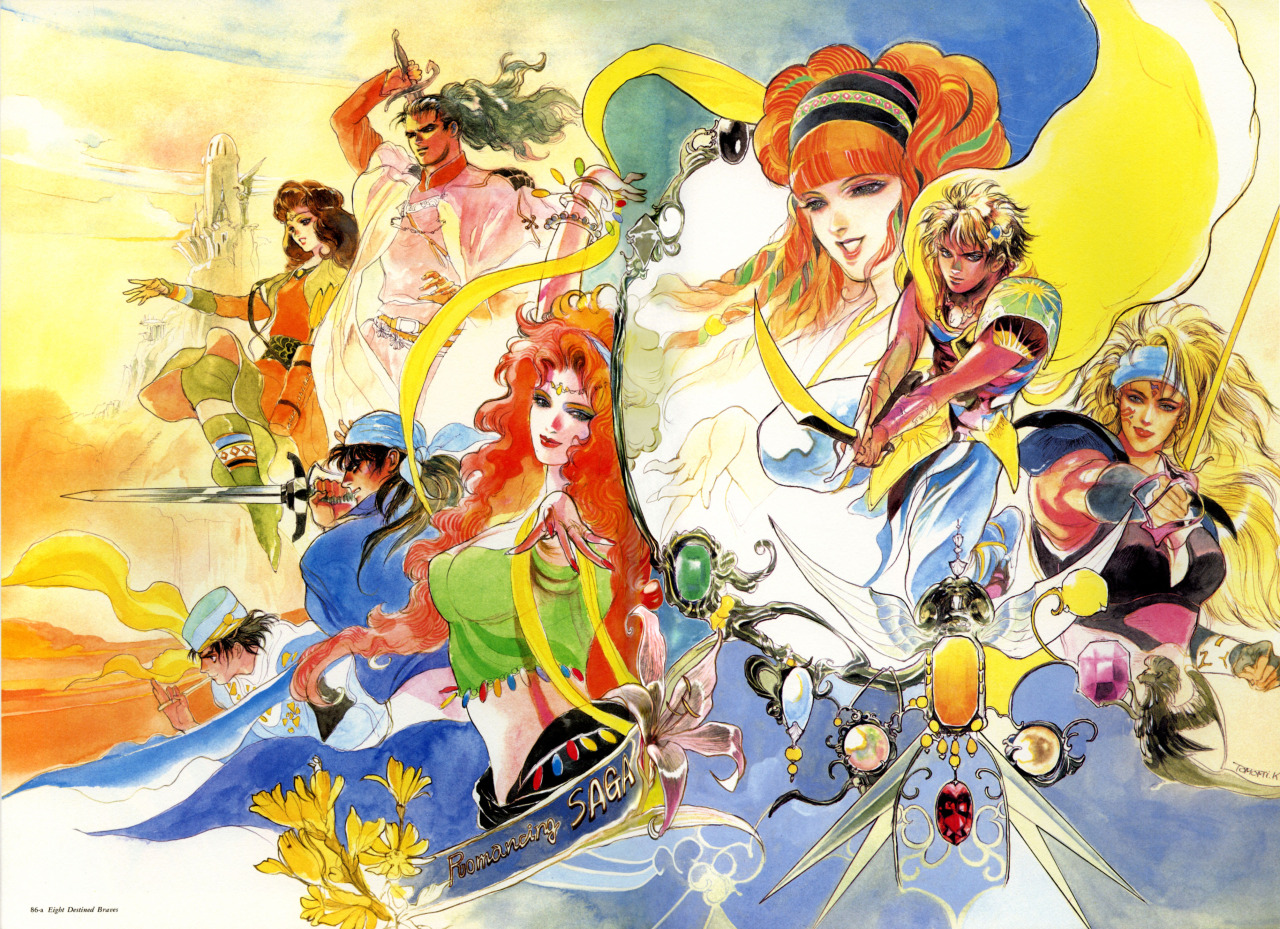 In retrospect, my attempt to do a SaGa theme month for November was… well, not a bad idea, really, but terribly misguided. Here I was, thinking I’d be able to blow through Romancing SaGa 1, 3, and the heavily SaGa-inspired Legend of Legacy all in the course of a month. Not only did that not happen, but I learned a very hard lesson: SaGa games beyond the initial batch of localized Final Fantasy Legend titles require an intense persistence and dedication on the part of the player. The only way these games reward you is if you’re willing to put a hefty amount of time and effort into learning their weird quirks.

Not only that, but you have to be prepared to mess up. Like, a lot.

So in the time I’d hoped to have completed three games, I wound up kind-of-completing… one. Sort of. Actually, I didn’t finish Romancing SaGa at all. Instead, I got to a point where I realized “Holy crap, going into this totally blind was a real bad idea and I’m gonna start over now that I’ve learned what it is I should actually be doing.”

Yep, you heard me. I’m going to toss all my Romancing SaGa progress out the window and restart again at some point down the line. I’m thinking in… March or so? So consider this Part One of a continuing RS1 travelogue, with a continuation down the line once I’ve played through a few other SaGa titles and had some time to read over guides more thoroughly.1

So, the question is: What went wrong this time through, and what did I learn from it?