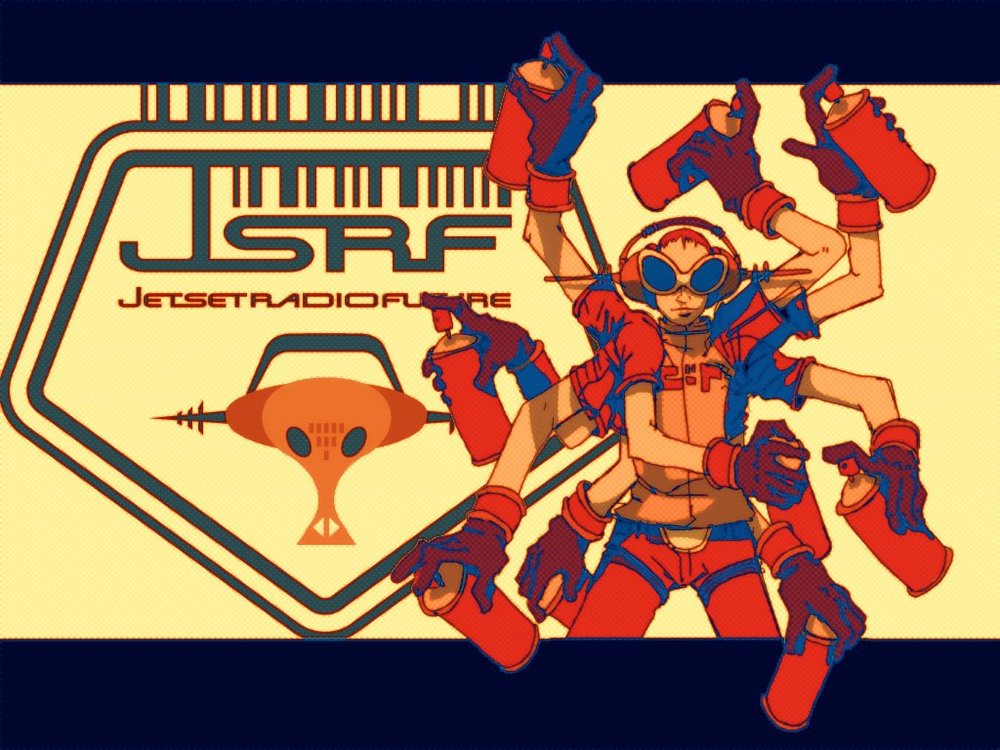 I’ve always been a collector type ever since my youth (much to the chagrin of my parents), and though the stuff I’ve collected tends to change over time, it’s typically import goods with some connection to gaming. These days it’s primarily doujin goods and figures, but during my highschool/college years I acquired a sizable collection of physical game soundtracks and arrange CDs. MP3s were a thing back then, but portable MP3 players like the iPod weren’t1, so CDs were really the only semi-portable way to take your music with you. Me being who I am, I wanted my favorite VGM with me everywhere I went.

The problem with game music CD collecting is that it’s a niche market, even in Japan, so only a few stores carried a good VGM selection. Another issue was the price: Japanese CDs are ridiculously pricey compared to the West due to a whole mess of factors, so you’d be spending half the cost of an actual game just to legally own the music from it. A niche market combined with high prices meant stuff went out of print very quickly and would sometimes command absurd prices in the aftermarket.

Then iTunes happened. Love or hate Apple, iTunes provided a service people wanted: a way to cheaply and easily buy and enjoy music digitally. With the power of popular portable music players behind it, the iTunes store quickly became the favorite way of many consumers to legally obtain digital music. It also provided an easy way for producers and music labels to reissue old releases without having to put up the costs to reprint CDs and packaging – a perfect fit for niche markets like game music fans. For Japanese consumers, it’s even sweeter – they get all the music for considerably less than an actual CD.

While Japanese iTunes has a pretty amazing selection of game music, there’s also a substantial amount available on the US iTunes store, including a bunch of stuff you’d likely be surprised to find is available Stateside. Here are some recommendations for you to check out!

(Since I’m located in the USA, this article mostly covers items available in the US iTunes store. Availability may be different in your territory, but I encourage you to check and post your findings here! And hey, making a US iTunes account isn’t hard, either.)

Boy oh boy, do I ever love classic Taito tunes! And you know what’s great? A HUGE chunk of Zuntata’s catalog is available on iTunes, including a bunch of live albums that cost me way too much money to obtain secondhand 14 years ago sob

Ahem. Well, there’s a lot of fantastic music here – Zuntata is sadly nowhere near as beloved in the Western Hemisphere as they are in Japan, or even Europe. I feel that a good place to start if you don’t really know Zuntata’s sound would be the Ray series albums by TAMAYO, particularly RayForce and RayStorm. (If you like those, there are also arrange albums for both, too!)

Other great soundtracks include the arcade Darius series, by legendary game music maestro Hisayoshi Ogura/OGR, and Darius Burst by Shohei Tsuchiya. (This doesn’t include the SNES games Darius Force and Darius Twin, which are done by different composers and are quite weak in comparison. Megadrive Darius II, however, is the work of Noriyuki Iwadare!) Other OGR classics include Galactic Storm and Ninja Warriors (if you only buy one track off this album, it has to be Daddy Mulk – one of the most impressive VGM tracks of all time). By the by, OGR recently went solo and has tracks up in iTunes under his new production house, Hisayoshi Ogura Onga Seisakushow.

Night Striker is one of my all-time favorites by frequent Zuntata contributor Masahiko Takagi/MAR, who also did Full Throttle and Raimais. (Strangely, there’s very little Rastan on iTunes besides a Z-Replica arrange album and Rastan Saga II, which OGR actually composed.) Yasuhisa Watanabe/Yack gives us Syvalion and Metal Black, both of which are fantastic.

Did I mention that there are numerous arranged versions of almost all of these as well? Just browse the Zuntata artist listing and let your mind boggle at the wealth of awesome in front of you.

Much like Taito, Namco seemed to put about 90% of their library on iTunes, meaning that you’ll look through their selection and see a bunch of music you never expected. I mean, the Soul series, Ridge Racer, Tekken, Klonoa, and Ace Combat are pretty much givens – search for any of those and you’ll find plenty to pick from. But if you want to dig deep into Namco history, well, you’ve got a whole lot of treasure to find. Libble Rabble? YES! Ordyne? YES! Yokai Dochuuki? YES! Friggin’ Hopping Mappy? VERY YES! And they’re all very reasonably priced, too!

My suggestions here? Whatever of the big Namco series soundtracks you like, along with Legend of Valkyrie, Burning Force, Dragon Spirit, and Dragon Saber.

Conspicuously absent, however, are the Tales series and Idolm@ster.2 The latter probably has some voice actress royalty issues attached, but no clue what’s keeping the former off the service. (Not like the recent Tales soundtracks have been anything to write home about, but still.)

Sega’s a bit more hit-or-miss with what’s available on their US iTunes storefront. A huge chunk of the Sonic game soundtracks are on there, and they’re usually multi-disc, meaning you’ll have to buy two or three separate “volumes” to have the whole soundtrack. It’s somewhat annoying, and starts to bring the music more in line with typical Japanese CD pricing. I suggest looking over the soundtracks and just buying single tracks, or just the volumes with the most music you like on them.

Anyway, besides the Sonic stuff (which is generally superb – Sonic Colors is one of the best Sonic soundtracks in recent years, along with Sonic Rush), there’s Skies of Arcadia (which honestly, I don’t like the music of that much, but a lot of folks do), Jet Set Radio and JSRF, NiGHTS into Dreams, and a whole mess of Phantasy Star (except the classic series, boooo). All of the main Virtua Fighter series is on there, but I have reservations about recommending the albums, much as I love VF music: Only the original arcade soundtracks of each are available, and even those are missing tracks in some cases (VF2 is lacking the Jacky/Sarah remixes, while the location test music is gone from VF3).

One interesting bit is that some soundtracks to Sega’s Maimai arcade rhythm game are on iTunes, and a few of the albums feature remixed versions of classic Sega tunes. There’s also an amazing version of OGR’s Daddy Mulk covered by Takenobu Mitsuyoshi… which is a full album only purchase track. Blah. (Volume 5’s album only track is a mix of Japanese Sega Saturn OS jingles, too, argh)

And seriously – Fantasy Zone, Space Harrier, Outrun, Power Drift, Hang-On, After Burner, and Galaxy Force II. Buy all of them. There’s also Alex Kidd if you’re one of those people.

I will be upfront and admit my personal shame in not knowing nearly enough about Falcom music here, but good lord do they ever have a whole ton of music up on iTunes. If you have any recommendations on what to get, I’d love to hear them – the important part is knowing that they’re on there to begin with.

Speaking of Falcom, one of the game music masters responsible for putting them on the map has put a substantial chunk of his career up on iTunes. You should definitely own Streets of Rage 2/Bare Knuckle 2, and should very strongly consider Actraiser (and possibly the Sound Board II version as well!)

is totally missing the boat because all they have up on the US iTunes store is some Silent Hill and Metal Gear stuff. No Castlevania, no Contra, no Suikoden, nothin’. EDIT: Vorsic in the comments pointed out that there is some Michiru Yamane CV stuff on the store that I somehow missed in my research, so definitely check those out. Thanks for the heads-up!

It seems as though some of Capcom’s library is being released on US iTunes through a firm called Sumthing Else Music Works. Right now, they have soundtracks of Megaman 1-10 and some Darkstalkers/Vampire stuff, along with the odd Resident Evil album and compilation.

The Megaman releases are kind of interesting in that they feature the arrangements from the PSOne re-releases, along with some arranged versions by Capcom’s old house band Alph Lyra that were previously only available as CD singles in Japan. They’re also divided one volume per game, $10 per volume, so I recommend just picking your favorites out of the bunch and buying those. Weirdly, there’s nothing yet beyond classic Megaman – I’d grab some stuff from the X series and ZX/ZXA in a heartbeat. Same story with the Darkstalkers stuff, though I feel there’s considerably less of interest there as a whole.

As pointed out to me in the comments by Michael, Game Freak has made all of the Pokemon soundtracks from Generation 3 onwards available on iTunes. I wouldn’t expect any other official Nintendo music on there anytime soon, though – Game Freak has their own share of control over Pokemon and can put the soundtracks on the service, but it’s pretty obvious that Nintendo wants absolutely nothing to do with those meddling kids over at Apple.

Squeenix has embraced iTunes wholeheartedly, but much like the “Square-Enix tax” levied on their DS releases years ago, their soundtracks on iTunes tend to be noticeably higher-priced than average. It’s also difficult to find everything just by searching for “Square Enix,” so you’re better off looking for specific game titles.

My recommendations from this rather large crop of soundtracks would be Secret of Mana Genesis, which is the game music you know and love with much higher-quality samples. NieR is also a no-brainer, being one of my favorite modern game soundtracks. Honestly, S-E’s musical legacy is so well-known at this point that it’s hard to recommend stuff you may have missed. Maybe some of the arrange albums? Or stuff like Live A Live?

There’s more game music on iTunes than you think, but there could be a hell of a lot more. Capcom and Konami really need to get their act together, and considering that SNK’s made a few fairly prolific mobile games lately, the lack of their vintage Neo Geo soundtracks on the service is puzzling. Ultimately, being vocal and buying what you do like will do wonders in convincing holdouts that we want more VGM available outside of the Japan iTunes store. Maybe I should do a guide to buying VGM off of J-iTunes next?