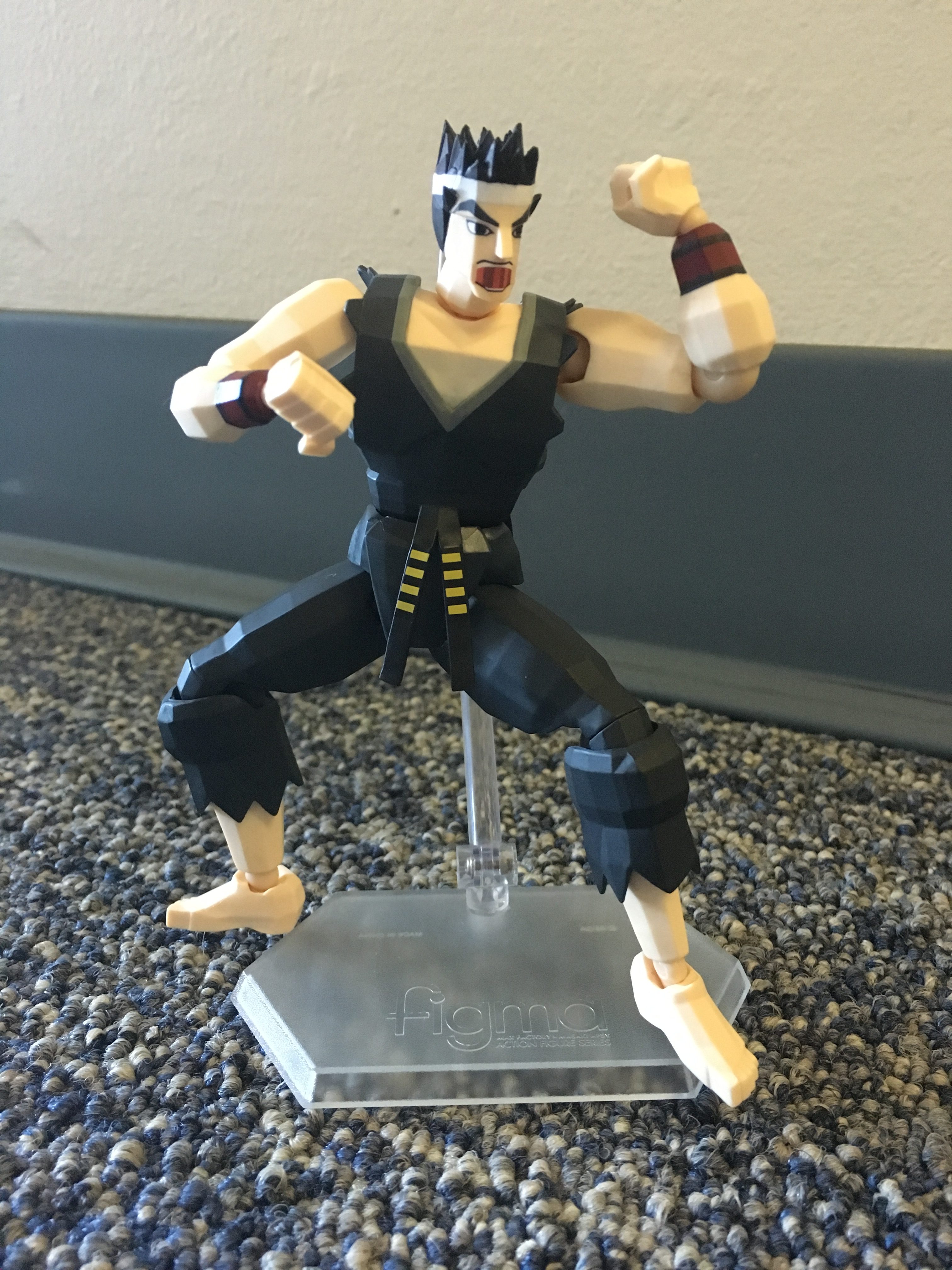 I knew the day would come where I’d be reviewing a figma on this site — Max Factory figmas, along with Bandai’s Tamashii line, are essentially the standard for Japanese pop-culture action figures in terms of size, quality, and price. There are a ton of figmas based on a wide spectrum of anime, manga, games, and the occasional real-life figure, all recreated in 1/12 scale with a good amount of articulation. Of course, not all figmas (figmae? figmata?) are made equally: some are clearly better-made and more interesting than others, but generally, the quality baseline for them is pretty solid — the “bad” figmas aren’t so much poorly-made as they are a bit on the dull side in terms of playing with them.

I was actually expecting the first figma I’d review here to be Kazuma Kiryu from the Yakuza series, as he was due out in August, but he got hit with a serious delay, pushing him all the way back to a December release… which makes me think that the manufacturer discovered some horrible engineering flaw as they were wrapping up production and they needed to redo the whole thing. It’s okay though, we have something that’s just as blue-blooded Sega as our hot-blooded ex-Yakuza pal: Virtua Fighter figmas!

If you’ve been following the site for a while, you probably remember me being really excited about these back when they were first announced at Wonder Festival a few years back. Hell, I’ve been a VF fan for most of my life, why wouldn’t I lose my mind over VF characters finally getting the figma treatment? Sure, they were the polygonal VF1 models and not the slick, realistic models of VF5, but at least they were something! And let’s face it, there’s something really lovable about that flat-shaded model 1 look. 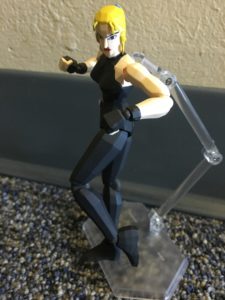 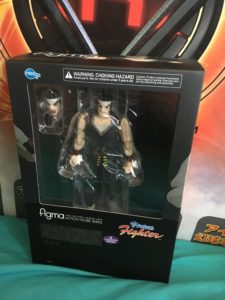 Pictured: Sarah (boxless) and Akira (boxed). Of course Sarah came in a box, too, but do we really need two box pictures?

Opening the box reveals the usual array of Figma stuff: alternate hands, bases, a spare hand joint, and a baggie to hold everything in, along with an alternate head. While most figmas use swappable face-plates, Akira and Sarah actually come with different head parts you need to pull out and swap into the neck joint holder. 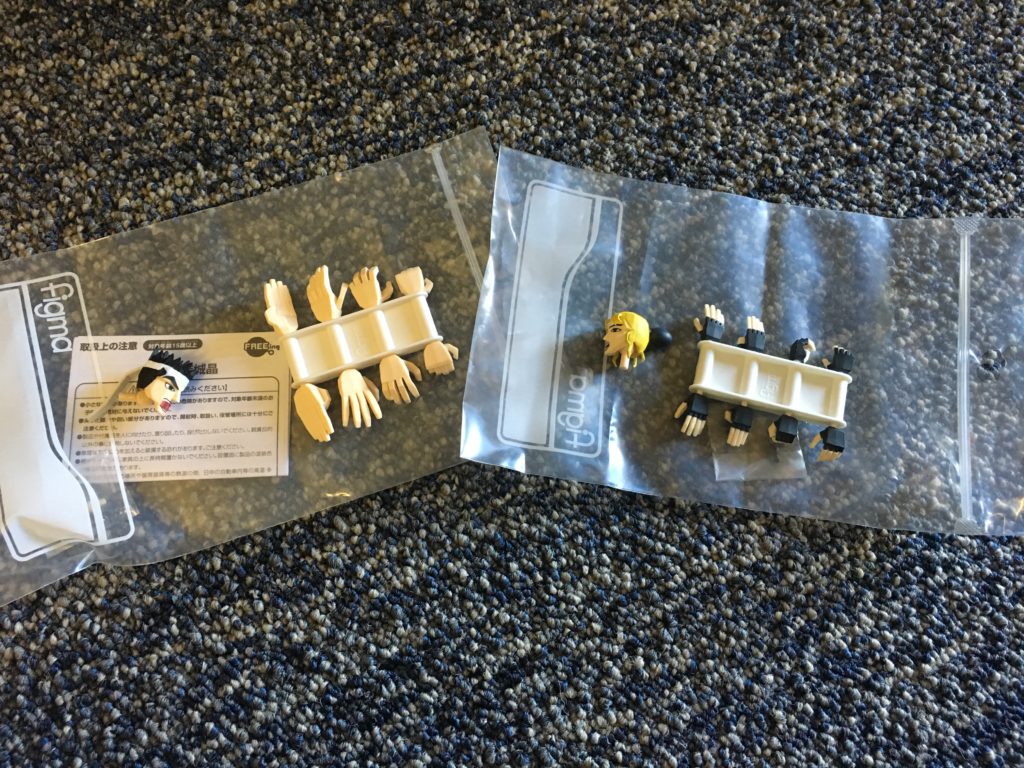 All of the figure parts that come in the boxes! 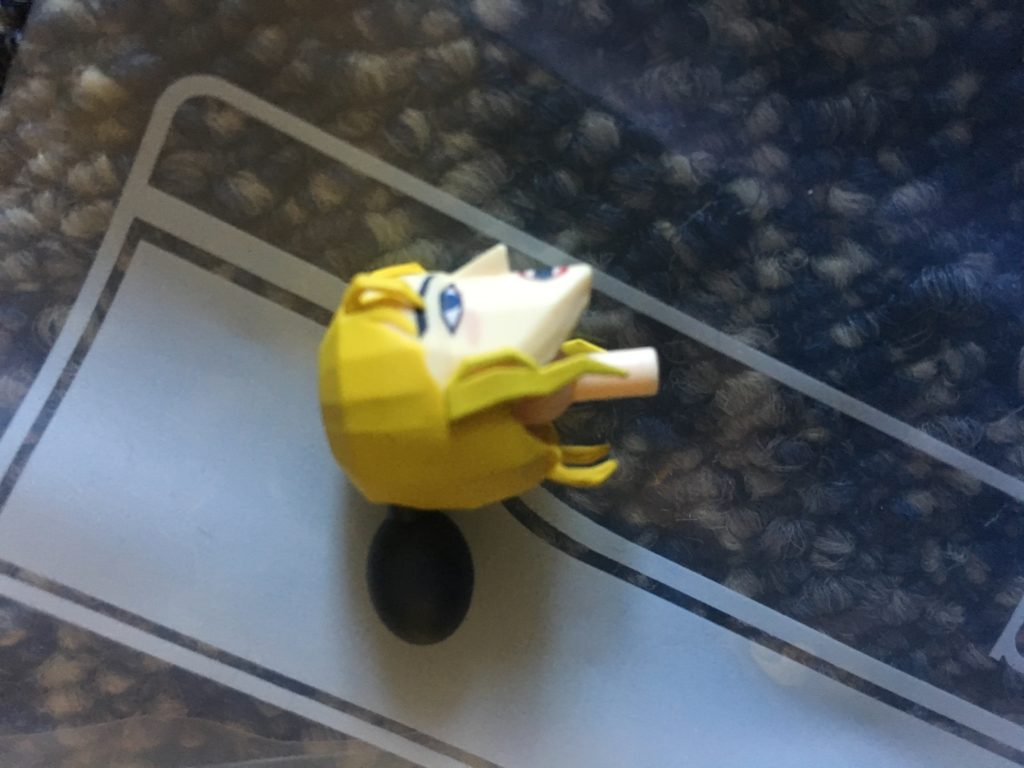 There’s this weird plug part in the back of the alternate Sarah head out of the box. No idea what it’s for.

The alternate heads contain the mouth-open/”shouting” expression, which was about the limit to the range of emotion that the Model 1 arcade board could showcase. 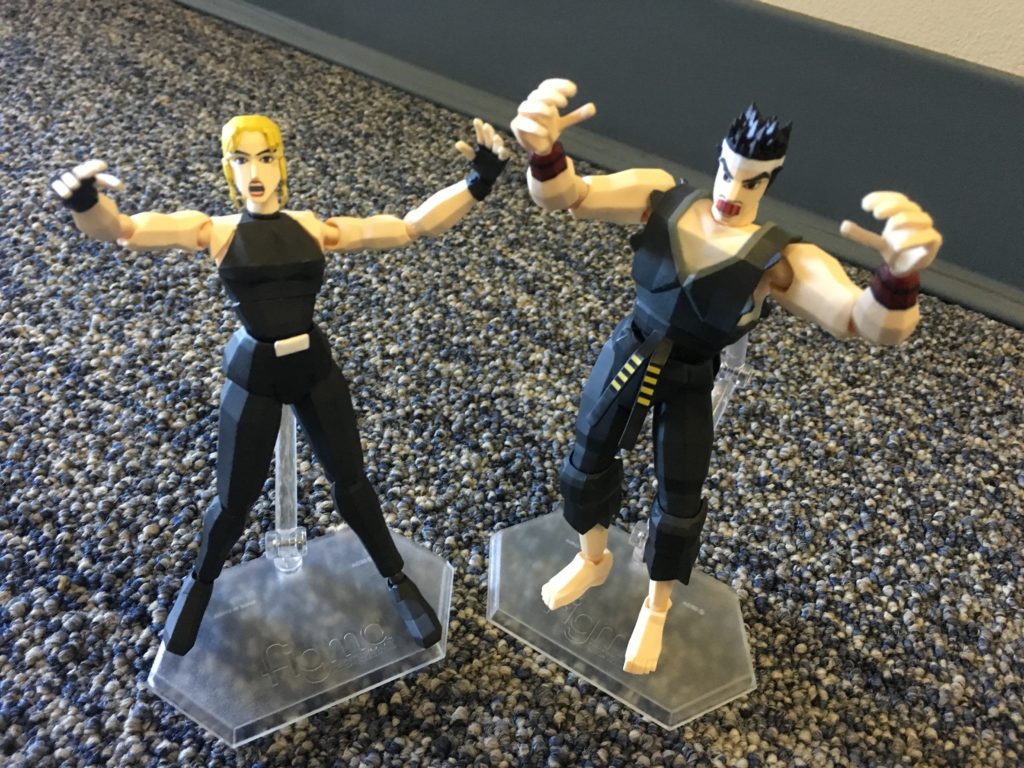 You know how figure boxes always contain a warning that the figures have functional sharp points? Usually that’s just a cover-your-ass legal thing, but in this case it’s a serious warning: Akira’s hair spikes are seriously pointy. Changing his head can be actively painful if you’re not careful – it’s tempting to apply pressure on the top when you’re slotting the head into the neck, but pinch it on the sides instead and force it down.

Compared to most other figmas on the market, there isn’t much here to review in terms of accessories. That’s fine, I wasn’t expecting much in that regard — it wasn’t until VF4 where we started getting all the crazy custom items, after all. No, what I’m really concerned about is the ability to recreate beloved VF fighting moves and poses. Let’s try a few out! 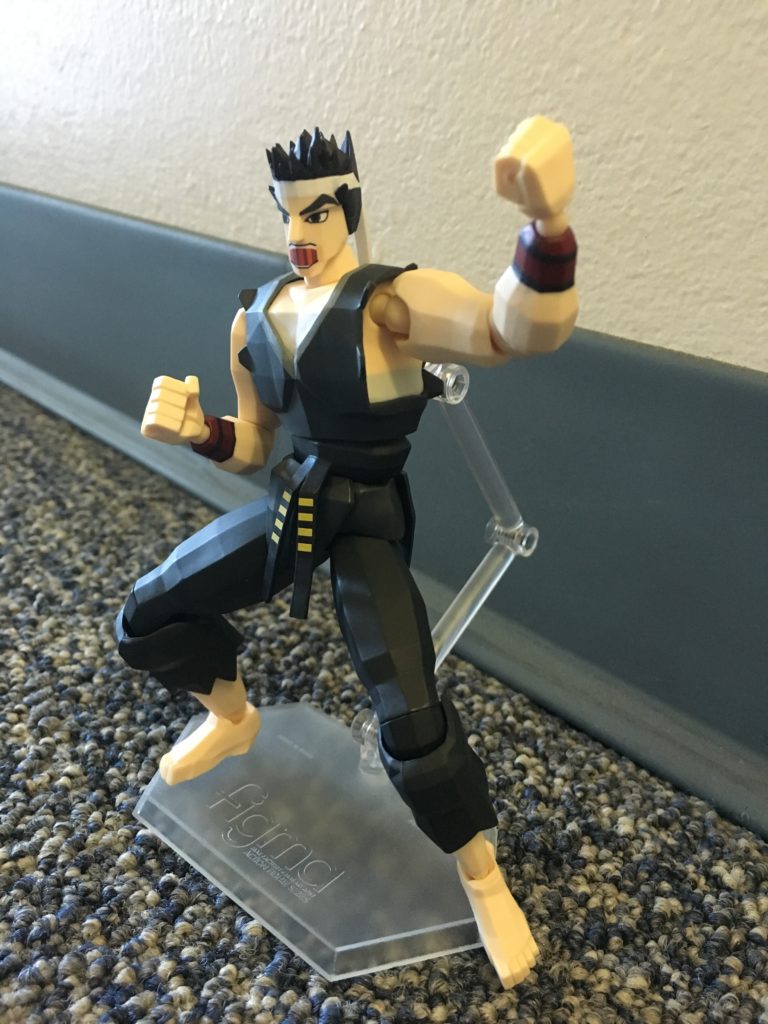 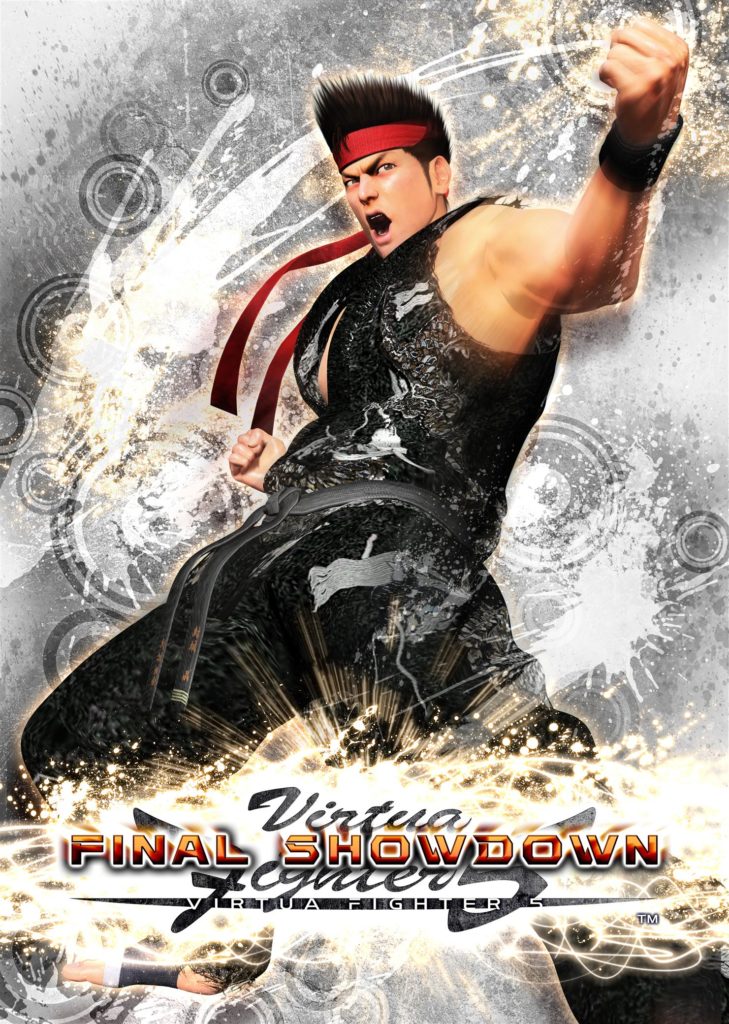 The first thing I did was put Akira in the pose from the VF5FS promotional image, and you can get him pretty close! Not 100% exact, but recognizable. 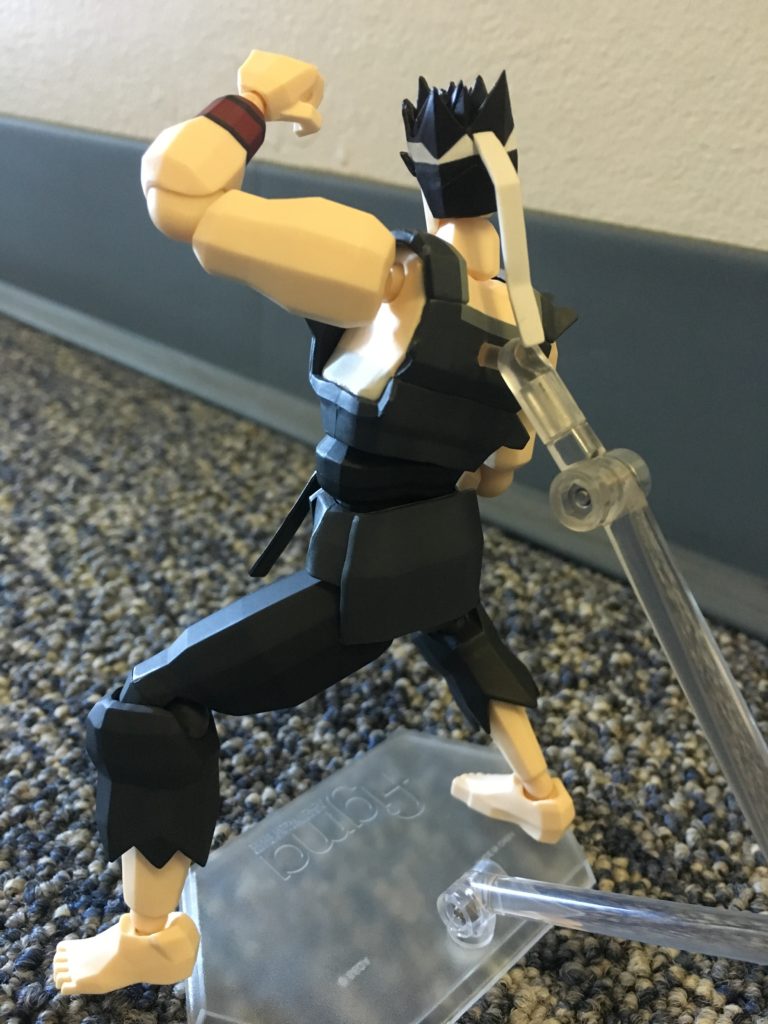 TETSUZANKOU! It’s not Akira if you can’t at least get this signature move off. It’s actually a smidge difficult to pose properly, requiring some careful balancing between the stand, the feet, and Akira’s upper torso (which doesn’t always like to stay in that slight-lean position when you’re moving everything else around.

Now quickly, spin your scroll wheel for exactly one frame — 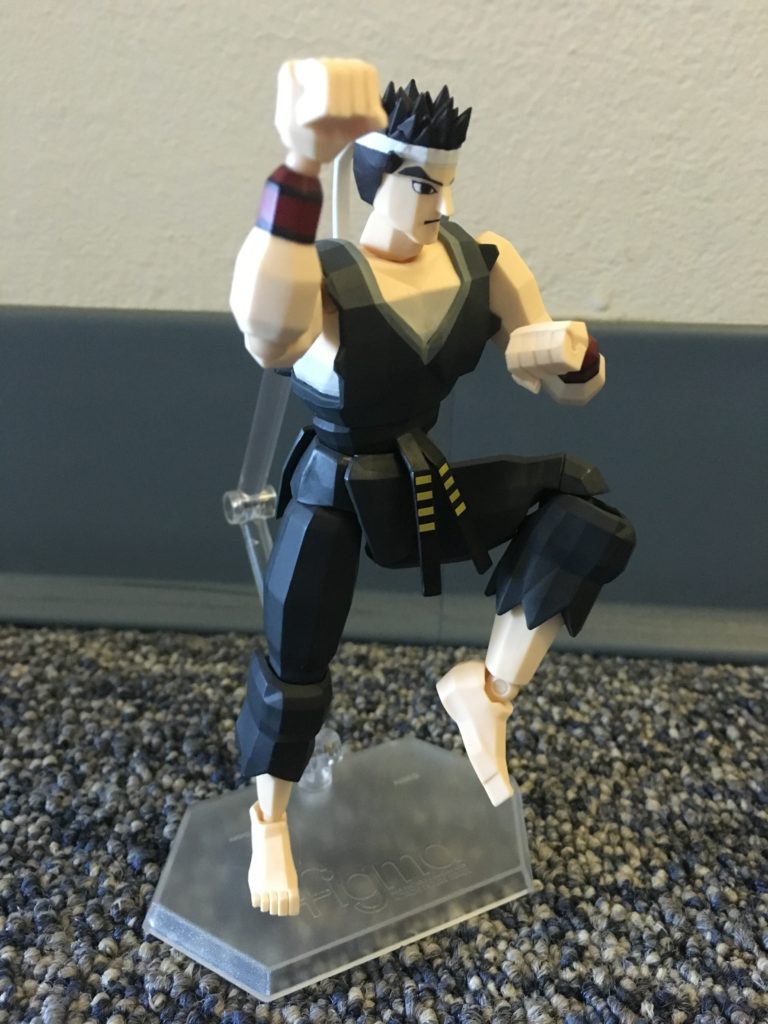 Hooray, you pulled off Akira’s knee! Well, a close-ish approximation, anyhow.This is where things start getting a little spotty for Akira in particular: the large size of his limbs means that elbows and knees wind up looking kind of off: you simply can’t get the upper and lower parts of the limbs anywhere near flush with each other. 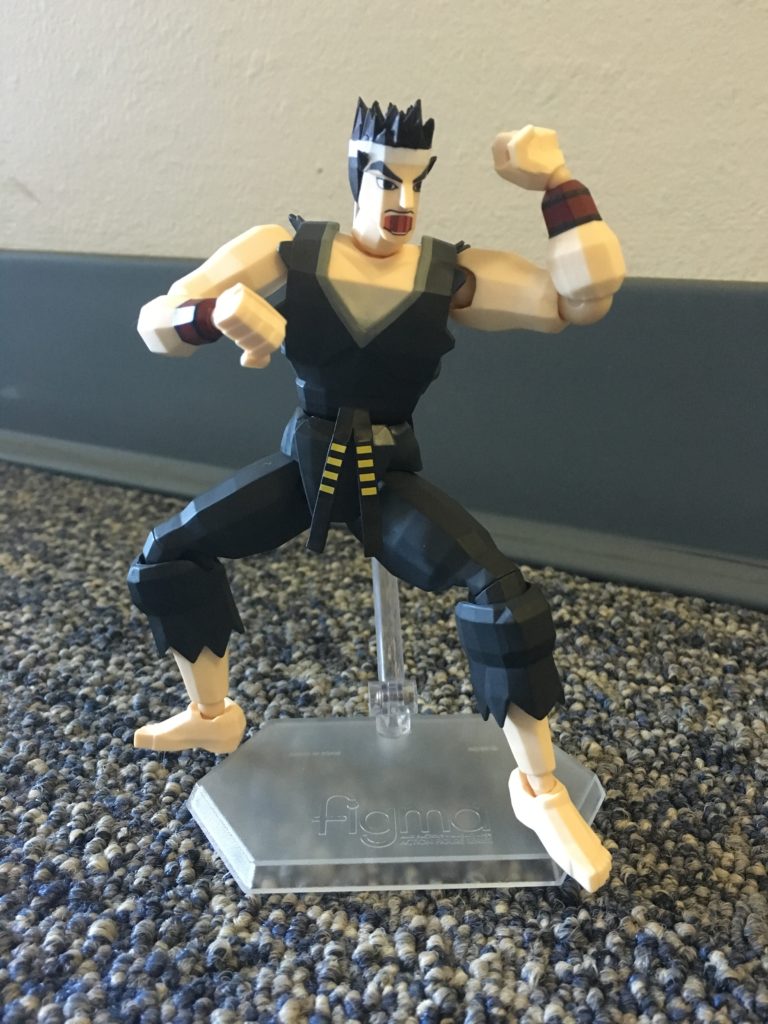 Here’s an attempt at the famous elbow. That’s about as far back as the lower arm will bend against the upper. 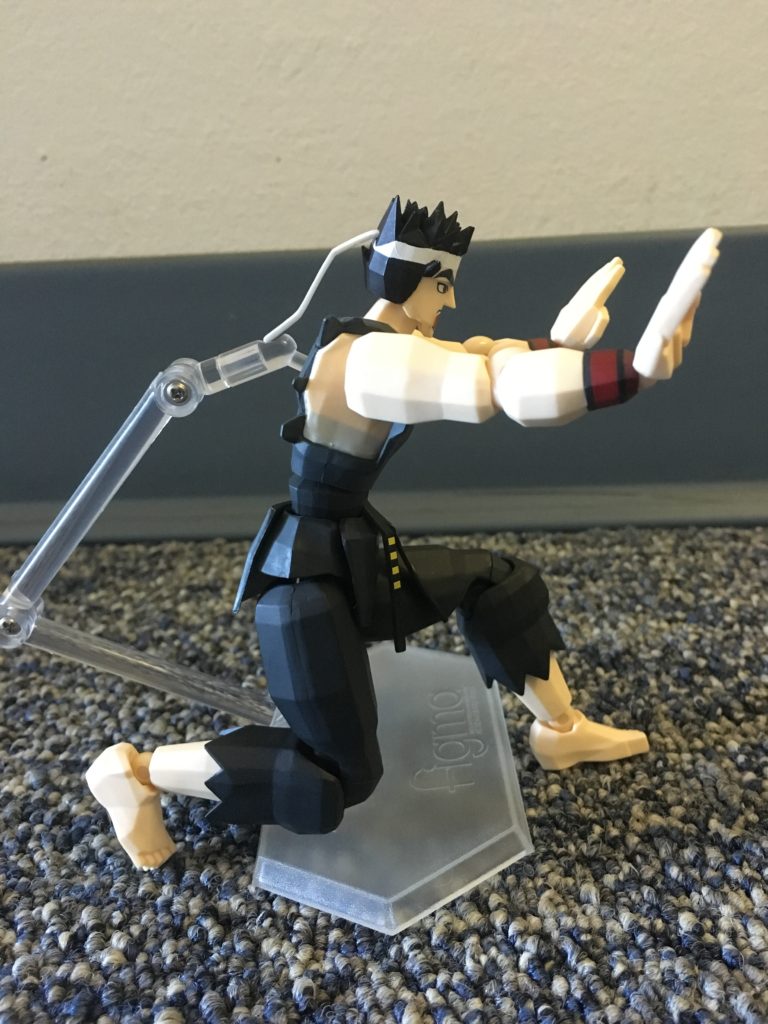 BYAKKO! Yeah, the double palm is… more or less impossible to get to look right, and shows the inherent limitations of all-rigid-plastic movable figures. While there’s some softer, more rubbery construction in Akira’s upper body to allow for a bit more flexibilityin movement, you simply can’t get his arms to a point where his outstretched arms meet together in the center. It’s even clearer when you see him from the front. 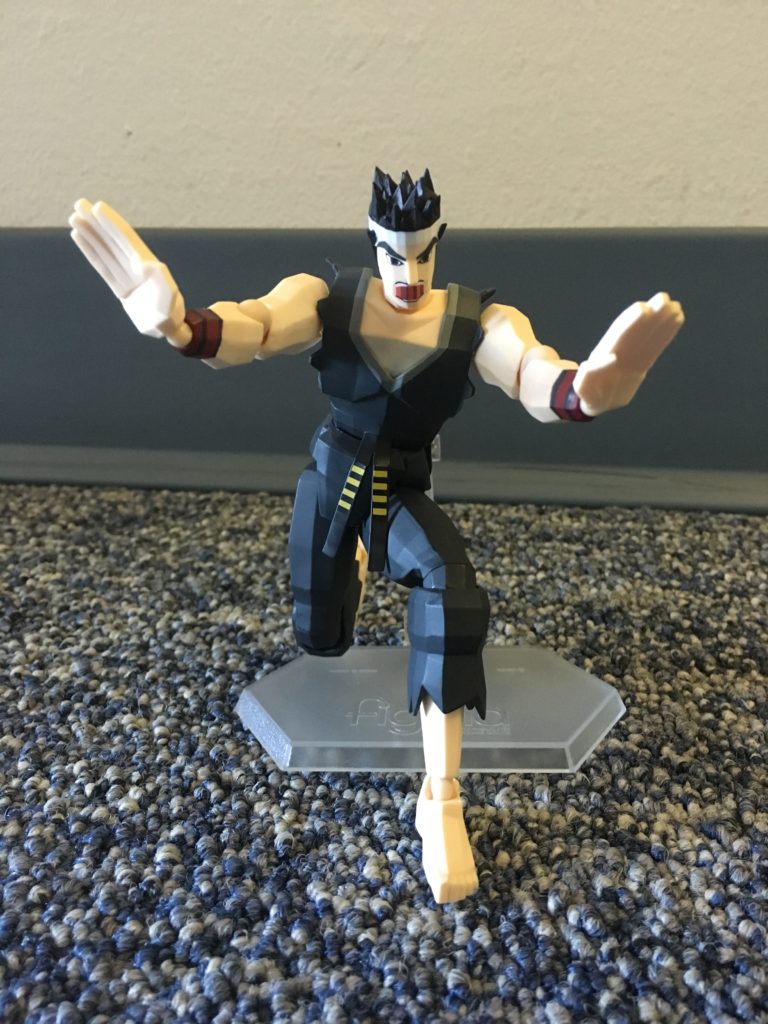 Talk to the hands 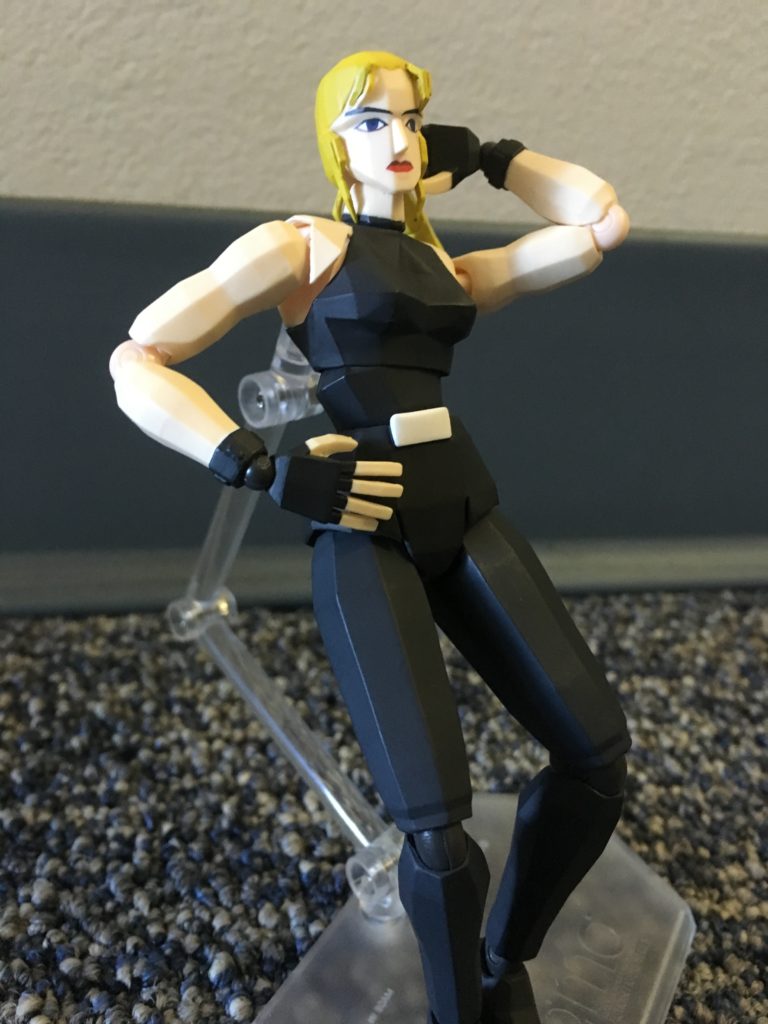 Sarah’s smaller frame and limbs, however, make her considerably more versatile than Akira – not perfect, mind you, but notably better, as you can see with her arms here. 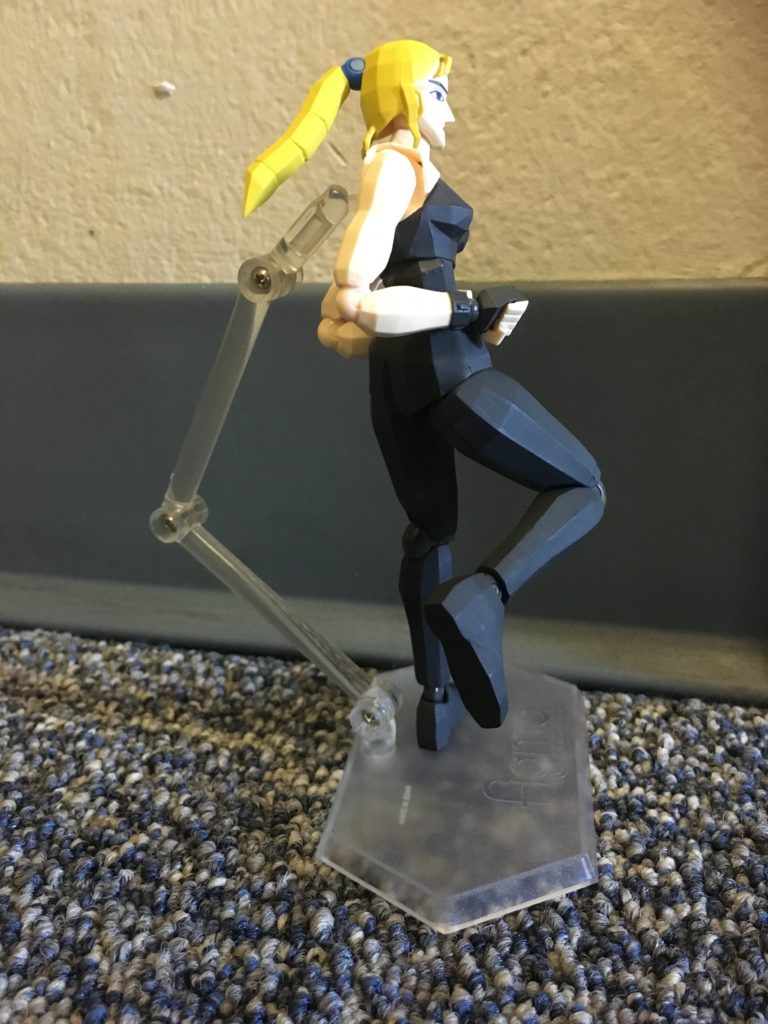 Sarah;s notoriously twisty Flamingo stance, introduced from VF4 onwards, is mostly-recreatable. It’s a little tough, but you can get a pretty close approximation — thought, like with the Tetsuzankou, positioning everything precisely will take a bit of patience and hoping something else doesn’t shift while you’re moving another body part. 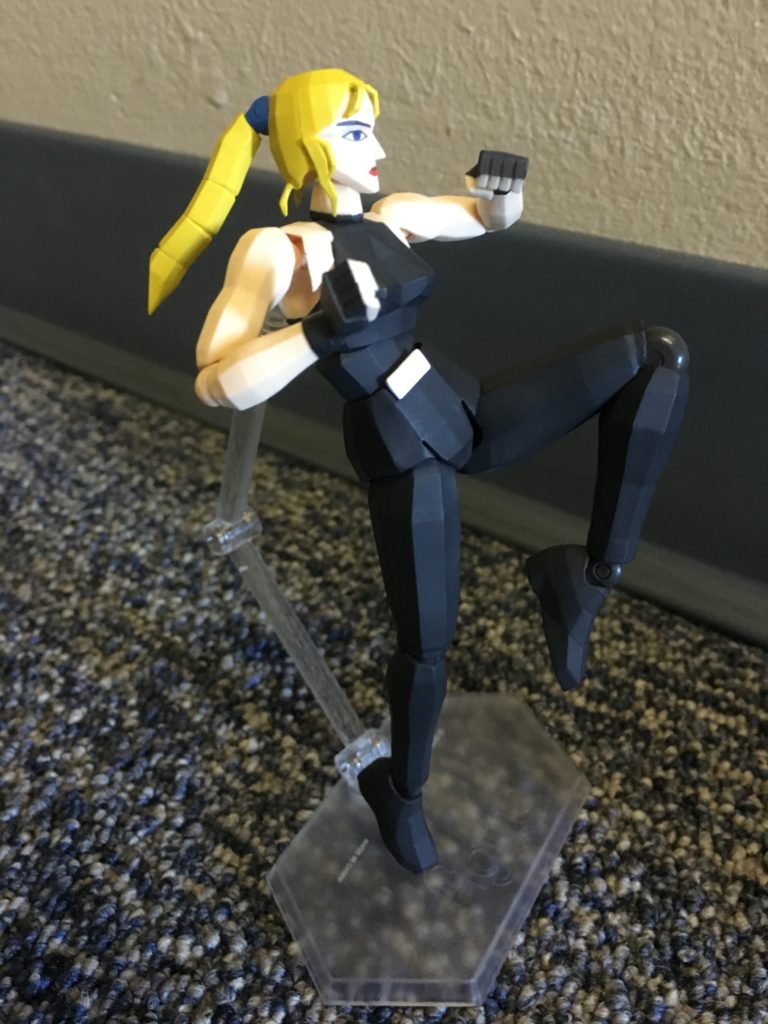 Jumping knee. It’s more recognizable than the re-creation of Akira’s knee, but it’s still hampered a bit by joint and plastic limitations. 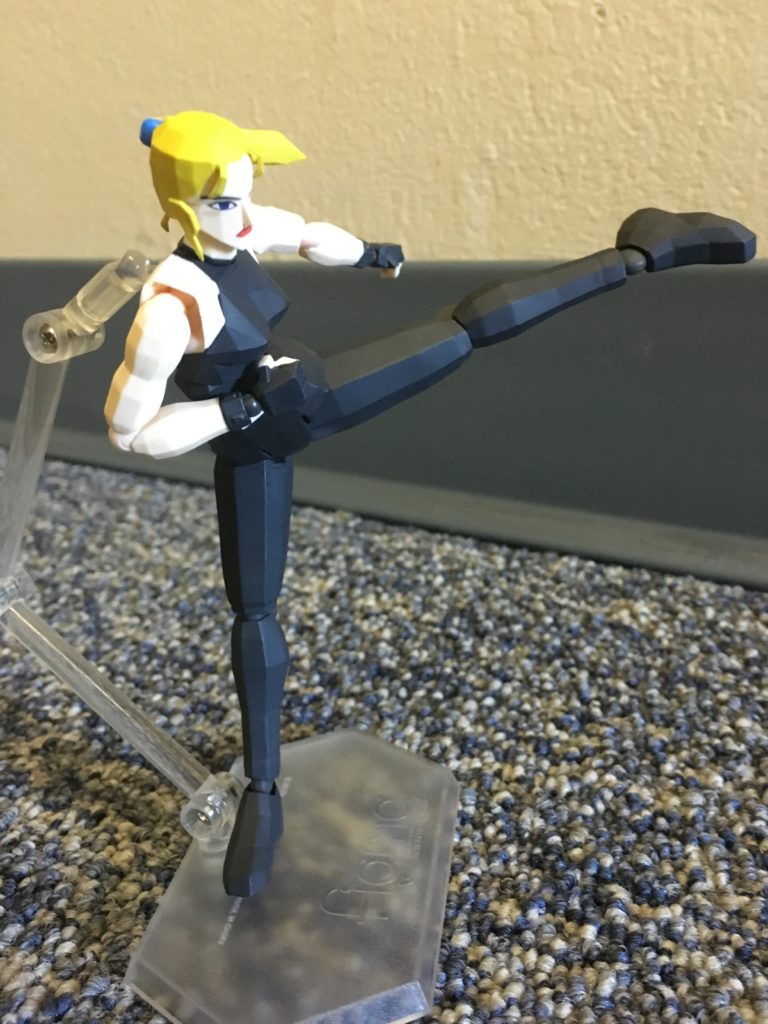 A standard high kick. The torso movement on Sarah is pretty nice and a lot easier to work with than Akira, but I noticed a different problem taking this photo: her ponytail can be weirdly loose at times: it was hard to get it to stay in place here. It’s also fixed-form, which is disappointing. A segmented, flexible-plastic ponytail that could bend would’ve been rad. 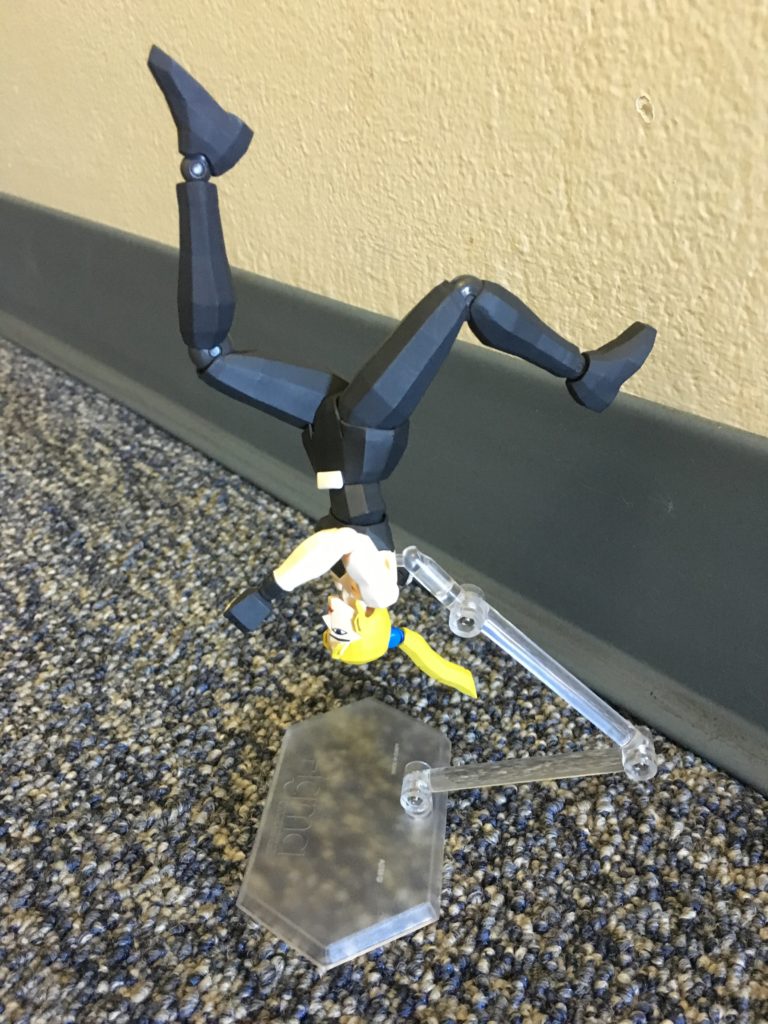 It isn’t Sarah without a somersault kick, and it looks perfect! The base does takes a bit of finagling, though, especially if you want to set up a diorama where she’s sending a victim reeling. 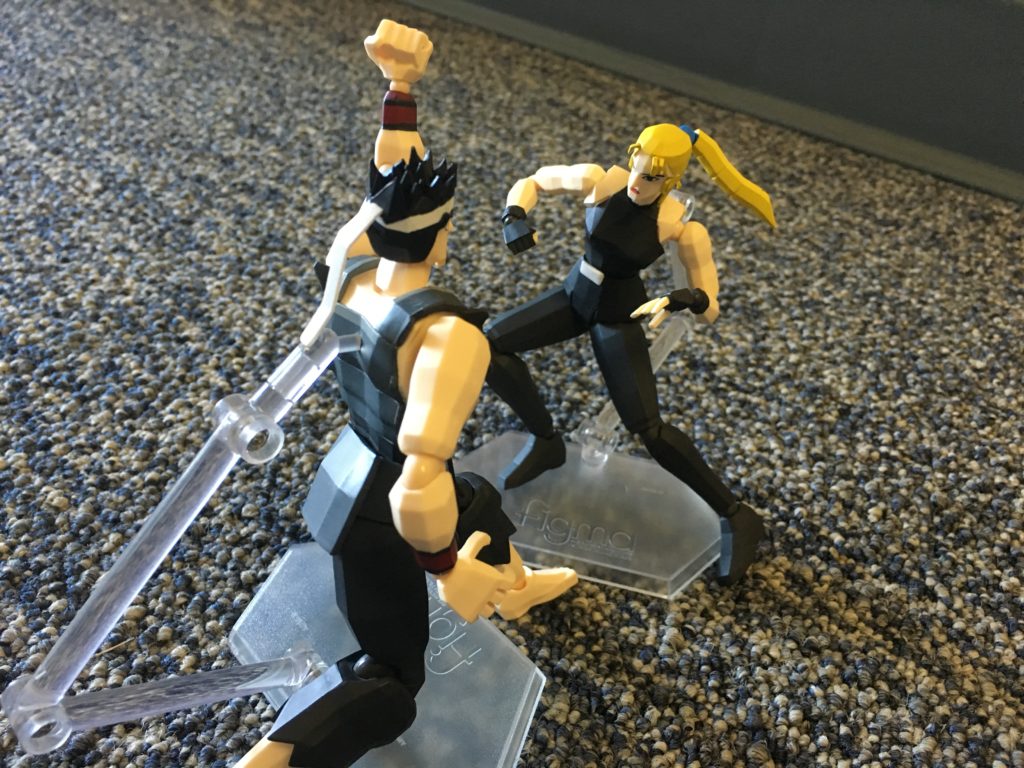 Of course, you’ll want to pit your fighting-game figures against each other in fierce plastic bouts. Like I mentioned above, the stands (which are totally necessary) can get a bit unwieldy to work with in the course of posing Akira and Sarah in combat: they take up space and can impede positioning somewhat. I’d honestly recommend getting a secondary claw-holder Tamashii stand if you want to make really elaborate fights, because good luck finding a di:stage. 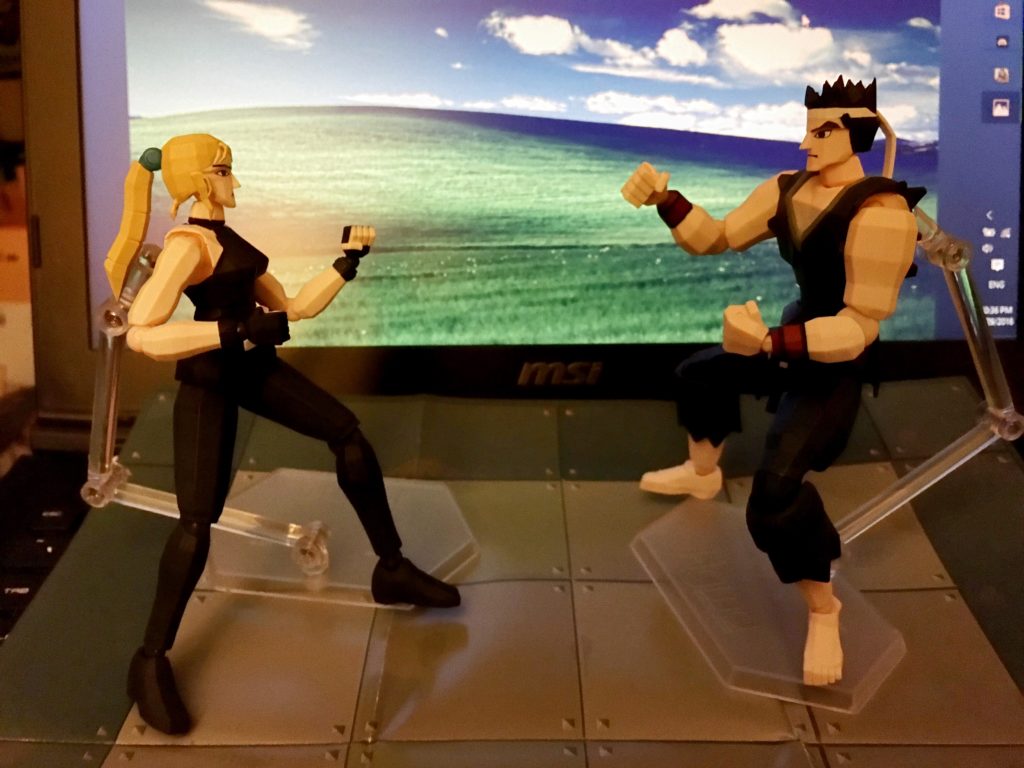 There’s technically one more “part” in each of the packages: a sheet of printed paper made to look like the rings in Sarah and Akira’s VF1 stages. It’s kinda cute, but the flimsy nature of the paper (it’s fairly cheap semi-gloss poster paper) makes its ability to be used repeatedly questionable at best. Here, I attempted to take a picture of Sarah and Akira in front of a VF stage background, but I couldn’t find any high-res images of VF stage backgrounds, so I used this image to simulate Pai’s VF5FS stage. Where have I seen this before… 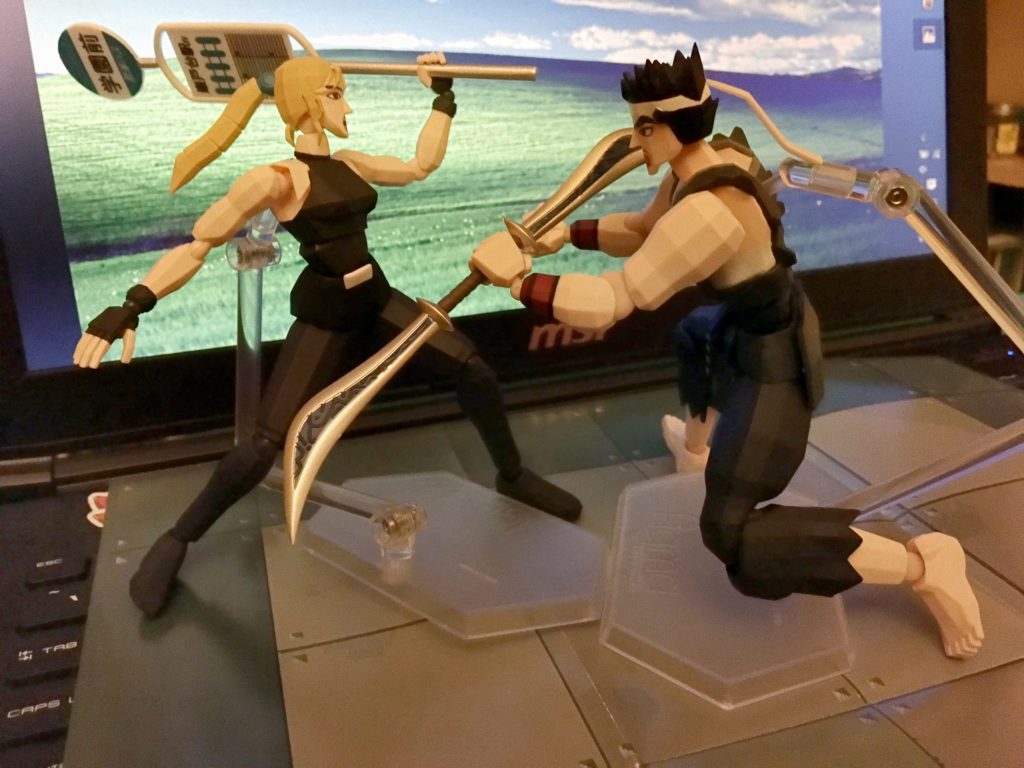 Oh, yeah, the figures also come with “holding” hands that can be used to grasp a bunch of accessories that you might have lying around from other figmas. If you want to completely throw out the bare-handed martial arts combat of VF and turn it into a weapons-based fighter, knock yourself out! (Bonus points if you can identify which figures these other parts came from.) 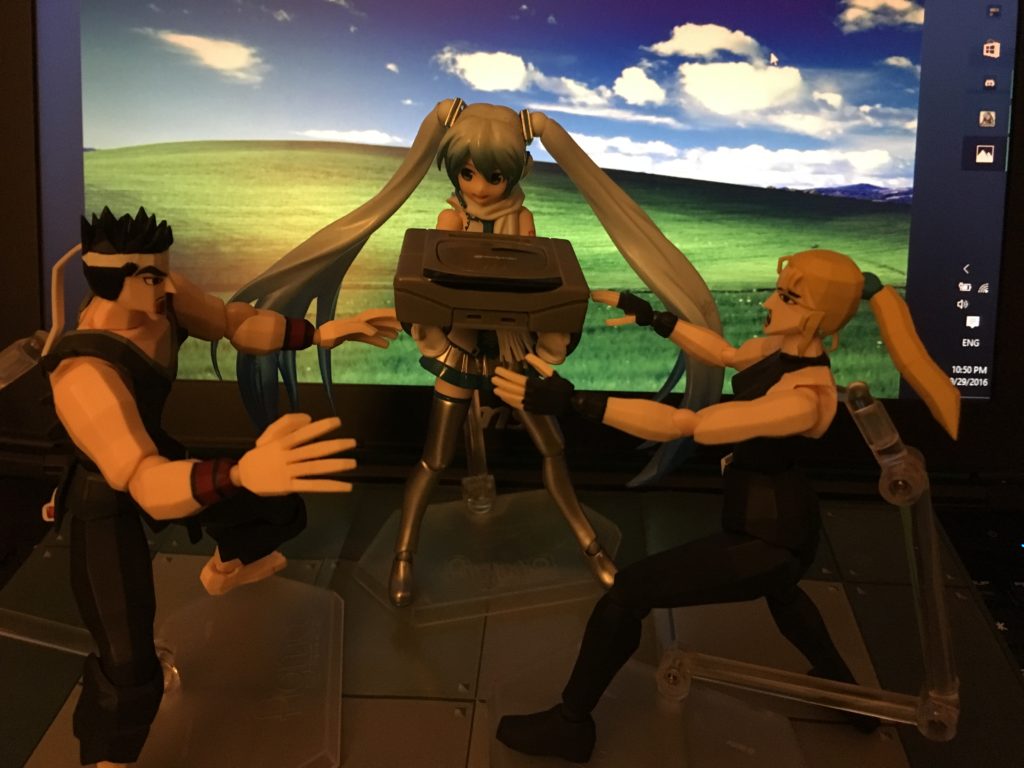 Overall, would I recommend these figures? Well, here’s the thing — if you’re a Virtua junky or Sega freak like me, you preordered these immediately and never looked back. The fact that they don’t come with a boatload of accessories and don’t have top-grade flexibility isn’t an issue: you’ve been sold solely on the principle of these figures’ existence. Simply owning a model-accurate VF1 Akira figure that can Tetsuzankou the rest of your collection is satisfying enough. But for other folks who aren’t quite as invested in this series, it’s a pretty tough sell. In terms of gimmicks and accessories, they’re among the most basic figmas you can get. The MSRP on these is about 4,200 yen a pop, though a lot of places will sell them for significantly less — I definitely wouldn’t pay over $40 USD for either of these.

It basically boils down to: are you a VF nerd? If so, yes, you need these in your life right now. If not… I’d probably pass, honestly. At least they’ll keep us busy until we hear news about VF6. 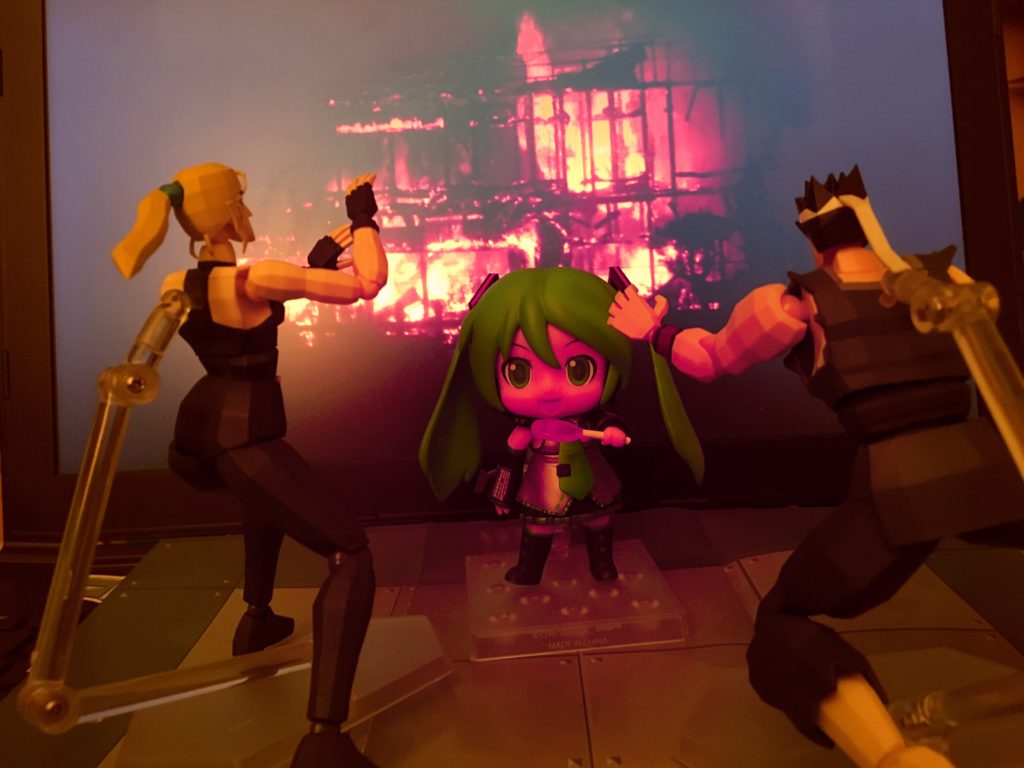 The Nintendo 3DS Streetpass Games, ranked from worst to best