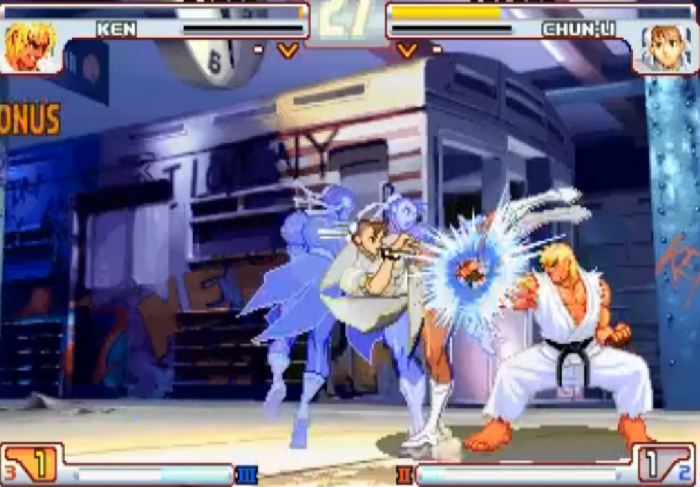 There are lots of great publications out there about games and gaming, and yet, there’s not a whole lot of coverage or reviews of said publications in the gaming media. This is incredibly unfortunate, as there are some really great books on games that have been released, both from major book publishers and as small-press efforts. One thing I knew I wanted to do when I conceptualized gaming.moe was to review these books, making more people aware of their existence and letting folks know if they were worth their time and money.

I figured I’d start off with this title, which I obtained from the author himself at this year’s EVO. Seeing as how 2014 marks the tenth anniversary of the “Daigo Parry” – and seeing the fighting game scene become far more internationally interconnected in the past few years – I figured this would be a good title to kick things off with. 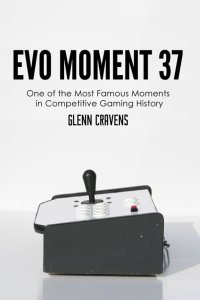 I always enjoy reading something more when I feel like the author really, truly cares and is interested in the subject they’re writing about, and it’s evident throughout EVO Moment 37 that Glenn really does care about said monumental fighting game event. He starts off the book with a recollection of downloading the now world-famous Daigo Parry video, pre-Youtube, on a work computer and sharing it with friends with a oh-man-you-GOTTA-see-this-thing enthusiasm. It really sets the tone for the rest of the book.

Most of the book is about the fighting game scene of the early 2000s, particularly the community around Street Fighter 3 Third Strike. The game wasn’t all that well loved when compared to stuff like Marvel vs. Capcom 2 or Capcom vs. SNK 2, yet when EVO 2003 rolled around, it suddenly transformed into a competition of national pride: certain 3S players, including Justin Wong, felt like they needed to be able to go toe-to-toe with international players, especially after a Japanese player team steamrolled the US team in an exhibition. There’s a heavy focus on Justin’s personal background, emerging from a kid bumming change to play games at the Chinatown Fair arcade into a foremost fighting game force, as well as the FGC culture at the time: tournaments at major, well-known arcade (many of which no longer exist), combo videos being made and showcased at gatherings as events, and what lead to the creation and eventual changes in the EVO tournament series.

What I found most interesting in EVO Moment 37 were the anecdotes and details about the people who were most involved with what eventually transpired at EVO that year. A few examples: Justin Wong, now a household name among anyone who enjoys fighting games, was running off and demolishing competition in tournaments across the country while fibbing to his parents that he’d be staying with friends in New Jersey for the weekend. (It’s later revealed that his parents knew absolutely nothing about his pro gamer status until seeing him on TV in 2010.) EVO 2004 was the first year the tournament went all-console, and that was the source of massive controversy in the fighting game community at the time – there was some fear among Joey Cuellar and the Cannon brothers that players wouldn’t show and EVO would fail as a result. (Something I would have liked to have seen noted, however, is that some games were running on console even before EVO 2004 – VF4Evo in 2003 was played on PS2s. Of course, that’s my obvious VF bias talking, but hey.)

The last 1/3 or so of the 200-page book goes into detail about the events and matches leading up to the Justin vs. Daigo fight, along with its immediate aftermath. The research Glenn did here, talking with numerous EVO staffers and firsthand witnesses, makes for a very fun read. Of course, the moment wouldn’t have become as well-known as it was without the crowd reaction video Seth Killian taped, which had a very good chance of being missed: the account describes Seth, with a camcorder on the verge of battery death, sensing that something huge was going to go down in this match and opting to record it for posterity, hoping it would last long enough. It did. (I was also quite amused to find out that the individual who famously shouted “Let’s go Justin!” was identified.)

The book isn’t flawless, however, and there were some points in reading it where I felt that Glenn dragged out descriptions or explanations far too long. In particular, the detailed accounts of the various fights were something I found myself skipping through – the play-by-play of so many of these matches felt wholly unnecessary. (Same thing for the detailed recollections on the content of combo videos shown during the tournament.) The author also seems a bit unsure as to just how much fighting game related knowledge he expects the readers to have: some basic fighting game concepts get detailed explanations, while certain more advanced terminology feels mostly glossed over. Add in some visible typos and grammar errors and you have a book that I feel could have greatly benefited from another pass from an editor.

The other thing I feel the book needed more of was more PoV from the Japan side of things. I can understand why the focus is on the US players – Glenn is just one guy, there’s a language barrier, and some folks aren’t exactly easy to reach – but I can’t help but think how cool it would have been to, say, talk to Raoh – a Japanese SF3 Third Strike player Justin eliminated in a very clutch victory before facing Daigo – about his fight (and, of course, his shout of “FUCK YOU DAIGO” right before the match). If Glenn ever decides to revisit or revise the book, this would be one thing I hope he looks to do.

Overall, I really enjoyed reading this book, and I feel like I came away knowing a great deal more about what transpired at EVO 2004 which, I’m sure, was Glenn’s goal in writing this. While the book’s still rather rough around the edges – again, I really think some additional editing would have really helped – it’s a worthwhile read for anyone with even a passing interest in the subject matter. Now here’s to hoping we’ll see Daigo’s own books published in English eventually!