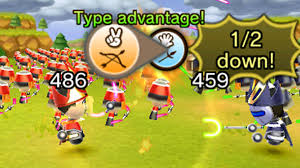 As some of you may be aware, I recently attended PAX West to give a panel on kusoge. PAX, along with any other nerd convention in the country, is prime territory for racking up 3DS Streetpass hits. Nintendo, in a move that seemed extremely cognizant of this fact, put out four new purchasable Streetpass Plaza games just before the convention started. I eagerly grabbed them before I went on my whirlwind tour of Seattle and Portland, and spent time not fretting over every tiny detail of the panel and/or playing indie games going through the newest batch of Streetpass stuff.

Then I thought to myself, “Boy, there sure are bunch of these paid Streetpass games now! If you hadn’t bothered with them before, where would you even start? After all, some of them are super good, but others are really not worth time or money at all… I know! I should totally review all of the paid Streetpass stuff, because nobody else seems to be bothering with looking at these games beyond a surface level glance!”

So that’s exactly what I’m doing! I’ve ranked every paid 3DS game here from what I feel are worst to best, categorizing them in five different ranks. (Find Mii 1/2 and Puzzle Swap are excluded since they’re already part of the 3DS package, and technically, you can get either Market Crashers or Slot Car Rivals for free as well.) I tried to go a bit into why I ranked the games why I did, though if there’s not much to a game, I probably have a lot less to say about it than something with meatier mechanics.

DISCLAIMER: If you live someplace like rural North Dakota where you’re not getting Streetpasses regularly, then even the best of these games are tough to recommend. Them’s the breaks, sadly.