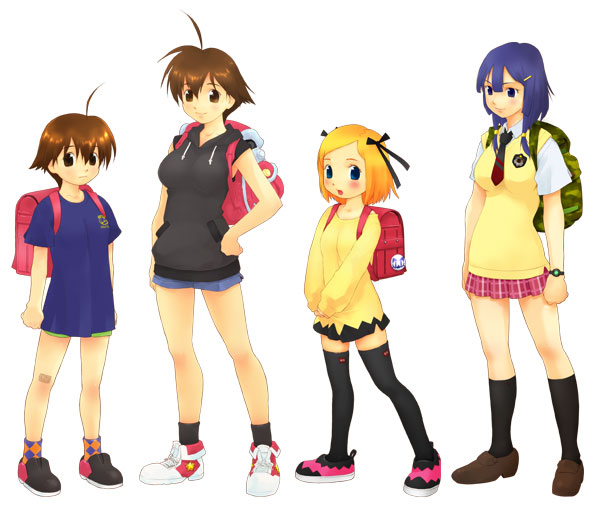 Umihara Kawase is perhaps the very definition of a cult game: a title that will never be part of the mainstream gaming zeitgeist, but something that a very devoted group of fans worldwide hold in a very special place of reverence. It’s very much a series made for a specific type of gamer, one who savors mastering complex mechanics to zip through levels with stunning speed and precision.Being able to play Umihara Kawase like a pro, however, is something that takes lots of practice. These are difficult, physics-heavy platform games that require a great deal of dedication to learn the ins and outs of, but once you do, the results are amazing – and immensely satisfying.1

Since its debut in 1996 on the Super Famicom, Umihara Kawase has been brought to life by a small team of artists, programmers, and designers. The lead designer, Kiyoshi Sakai, is currently employed by Agatsuma Entertainment, a company that acts as both a publisher and a go-between for developers and publishers. They’re responsible for the Guardian Heroes-inspired Code of Princess on 3DS, and more recently, they’ve put out the latest (and possibly final?) Umihara Kawase game on 3DS and PS Vita, Sayonara Umihara Kawase. The Vita version, published by Agatsuma themselves, is called Sayonara Umihara Kawase Plus and is available on PSN worldwide.

A key figure in the creation of these titles is Toshinobu Kondou, whose distinct character and art designs have come to define the beautifully surreal visual landscape of these titles. He’s also a part of Studio Saizensen, an independent development company.  We talked over e-mail a bit with Kondou-san (and Sakai-san a bit as well) about the Umihara Kawase series as a whole and just what makes it so special.

Special thanks to GSK, Rica Matsumura, and Jason Moses for their assistance with this interview.

Please tell me a little bit about the Umihara Kawase development team. How many people are on staff? How did you all come together to make these games?

Besides Sakai and myself we had 4 artists, plus a sound person and planner. Those 8 formed the core development group, but other team members have supported us in-and-out.

You all have been working on this series for a very long time. Where did the idea for the series come from?

We wanted to create a technical action game. That was our core concept, and a combination of platforming and shooting elements came together to form the idea for what Umihara Kawase eventually became: a deep, high-value Elastic Action Game. 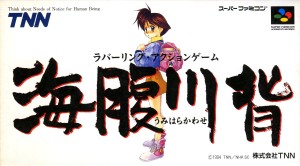 It seems like this sort of action game was falling out of favor around the time the first Umihara Kawase was published on the Super Famicom. Did you have difficulty getting publishers interested in the concept? How didthe original game sell initially?

We were really young at the time, and too new to handle searching for a publisher, so the President of the company at the time handled it for us. It wasn’t clear to us exactly how many copies of the game were sold at the time, but I heard rumors at the time that it did numbers in the 100k to 200k range. That’s just what I heard, though.

The design of the main character is very nice – she’s a simple design, but she’s quite memorable. What inspired some of the key elements in her design?

One of the big factors in her design was simply the fact that she had to be a sprite for a Super Famicom game. In modern games you have bigger screens with high resolutions that can accommodate any design you want, but pixel graphics demand a simple design that still appeals to players. Her design was ultimately influenced by a combination of all the other pixel characters from the time period.

The fish and marine life theme is very prominent in the game. What made this particular theme so appealing?

I think it’s a pretty easy to understand theme for Japanese players, since we live so close to the sea, and have regular contact with fish and other marine life. I don’t know how it’s been received overseas, though… 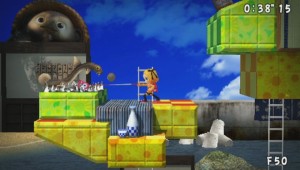 Is there any sort of story to the games, or is it just supposed to be a series of strange little action vignettes?

There’s a rough theme based around the ideas of marine life and childhood memories, but no concrete story beyond that.

Though the Umihara Kawase games are very challenging, the environment and music is very relaxing. Was a contrast between the feel of the game and the game’s difficulty the intent of the development team?

Well, siince the game’s all about playing difficult stages over and over again, we decided to complement that by making the music laid back and relaxing!

The backgrounds seen throughout the Umihara Kawase games are very surreal and dreamlike. Why did you opt to go with these strange backgrounds, with exaggerated elements of reality, instead of strictly fantasy or realistic settings?

We had this image of the main character travelling through her own memories, and modeled the world and backgrounds accordingly. 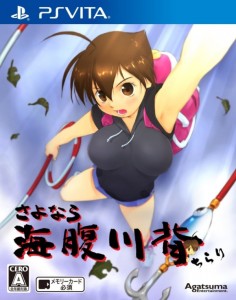 Did the shift to 3D pose any challenges? How was creating the physics in a 3D environment different than in the 2D Umihara Kawase games?

The original version used pixel graphics, which had to be drawn by hand one pixel at a time. Shun actually didn’t use 3D graphics, but illustrations of the characters that were drawn by hand via analog means and scanned individually into the game. Sayonara Umihara Kawase, on the other hand, is completely 3D. Every game in the series has used a different style and creation method for the art assets, and they’ve all been unique challenges for us. The biggest challenge was probably Shun, since I had to draw every image in the game by hand.

I’ll shamefully admit that I’m not very good at these games… I usually play action games with careful precision, but many of the tricky parts of Umihara Kawase seem to rely heavily on a combination of precision and speed. I spend too much time adjusting the fishing line, so I tend to lose important momentum… What advice could you offer to players like me?

At a glance, Umihara Kawase looks like it requires really precise inputs and fast reflexes, but in a lot of cases it’s more like a puzzle game, where figuring out a clever idea or new approach to a stage can eliminate the need for any tricky maneuvering. When the game starts to feel unreasonably difficult, looking for a new approach or perspective on the stage is the best way forward.

Above: F54, a notoriously difficult stage in Sayonara Umihara Kawase. I will probably never clear it, honestly.

Why did you decide to include new characters with different abilities in Sayonara Umihara Kawase?

We wanted to expand the world of Umihara Kawase, which is defined by its protagonist.

What kind of action games do you like to play yourselves? Are there any recent games that you have found particularly interesting?

Sakai: I really like exploration-based action games. I’ve been playing Bloodborne and Ryu ga Gotoku 0 lately, and really enjoy both of them.

Kondou: I like games where you can feel yourself getting better as you play, so I’m a huge fan of stuff like Final Fight and Zero Team (a beat ‘em up developed by Seibu  Kaihatsu in the early 90s). As for recently… well, this is a game I developed myself, but I love Code of Princess.

What do you feel is particularly important to making an interesting action game?

To make a game fun, you need to balance player skill and game depth and make sure one doesn’t overwhelm the other. As for how to make a game appealing to players, a unique world and setting are key, I think.