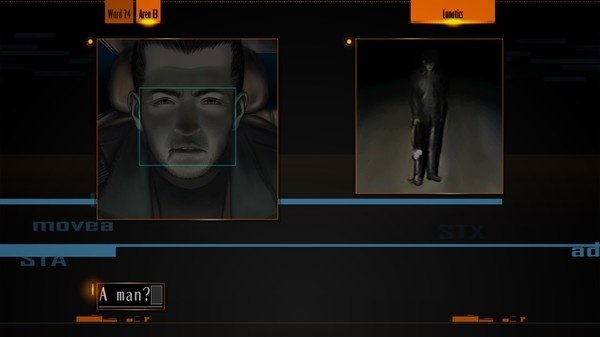 I’ve interviewed a lot of folks over the course of running this here website, but I feel like this man probably needs very little in the way of introduction. Goichi Suda (known as Suda51 – it’s Japanese goroawase, y’see) is an interesting, free-spirited, and somewhat enigmatic individual whose games are delightfully eclectic, mixing Eastern and Western humor, visual styles, and character tropes to create titles that are truly unlike anything else out there.

I had the opportunity to sit down with Suda51 at PAX West this year to talk a bit about The Silver Case, a remake of Grasshopper Manufacture’s very first game that will be launching on Steam next week. I wanted to dig a bit into his development background and how the game came to be — we’ve always had a bit more of a historically-minded slant on this site, and with this game being an important part of Suda51’s history, it only seemed fitting to focus heavily on that. We also go a bit into his wild No More Heroes design sessions and his modern development philosophy.

Hello, Suda-san, it’s a pleasure to have this opportunity to talk to you. I’d like to ask why you felt this was the right time to release a remake of The Silver Case.

– I’ve actually been wanting to remaster and re-release it for Western audiences for a long time. We’d been looking for someone to help us with it over the past nine years, but we kept running into various problems — in particular, we couldn’t find anyone to do the localization. Recently, we were able to overcome these hurdles, and it’s now finally possible to remaster and re-release this game worldwide.

Your company, Grasshopper Manufacture, usually works with Gungho, but for this title, you’ve partnered with Playism. Is there any reason behind this?

– Nope, I’m still working at GungHo. About a year ago, I was approached by Playism, who said they’d like to release the game. I didn’t want to do just a straight port — I wanted to do a full remastering of the game, and they offered to help with that work. The biggest problem with getting the game out in the west is that, being a text-based game, there’s a lot that needs to be localized – not just the text itself, but also a lot of the concepts behind it. There’s a lot of complex, surreal stuff in the game. Up until now, we couldn’t find anyone that we thought could properly handle it.

Going back to the game’s initial release — what was the process of getting The Silver Case made? It feels like it was a lot easier to get offbeat projects like this greenlit in the PSOne days, but even then it wasn’t a simple process.

– It’s exactly as you say — you didn’t need as big of a budget to make a game, so it was a lot easier to get these weird games off the ground. When we first started Grasshopper Manufacture — this being our first title, we only had a core team of about five people. So, not a lot of people, and not a big budget to work with… but we started our own company for it anyway. This was before there was a real “indie movement,” so we really were going out there as indie developers. I wanted to make the game I wanted to make.

Did the game sell well at first, or did it just sell enough for you to continue working?

As compared to now, where 50,000 is actually good for a lot of titles in Japan.

– Yeah, but while it didn’t do well at first, it spread out slowly but surely over the course of the next several years. There was good word of mouth, and a lot of players telling peers that they should play it, things like that. Being available on the PS Archives helped, too. It took a while, but it wound it doing somewhat well. 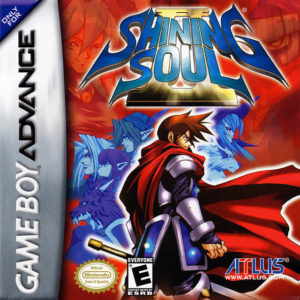 How did you keep Grasshopper afloat in the meantime before Killer 7 really hit it big?

– After The Silver Case, we did a PS2 game called Flower, Sun, and Rain. There were also a couple of cancelled games in the run-up to Killer 7. We did a bit of contract work as well — one series we worked on was Sega’s Shining Soul for the Game Boy Advance. And, of course, Michigan: Report from Hell. We had the support of a lot of different publishers, and that’s more or less how we kept afloat.

Ah, Michigan’s another one I want to talk a bit about. It didn’t really get a wide Western release — it was only available in Japan and parts of PAL territories. It’s… well, it’s a pretty bizarre game. Do you think that one would ever get the HD treatment?

– If we were to reissue Michigan, I don’t think a simple remaster would be enough. I’d want to redo the whole thing from scratch. If possible, maybe even through VR. Michigan: The VR! …or something like that. I’ve actually talked with Mr. Sakurai, the head of Spike Chunsoft, about that very possibility. Whether or not it’ll come to fruition… I have no idea! But I’m pretty sure they won’t give me the money for it. *laughs* 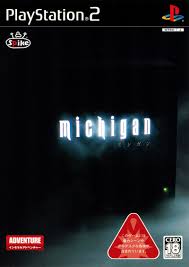 Your games seem to have found more of an audience in the West than in Japan. For the Silver Case re-release, have you done anything to specifically target a Western audience?

– When I first released the game back in the day, I never thought it’d be possible to release abroad — the game’s based in Tokyo and has a local Japanese feel to it. I was actually somewhat worried if the thematic concepts of the game and story would successfully carry over and be understandable for Western audiences. Luckily, we were able to get a perfect localization. People from the West will be be able to play and enjoy it for a reasonable price. Hopefully as many players as possible will enjoy this title.

What are some of the game’s design influences? Going through the demo, I feel vibes of old Japanese adventure games like Famicom Tantei Club.

– As far as games go, I was inspired by stuff like The Portopia Serial Murders and other old-school text adventures. I was also heavily influenced by a movie by Jean-Luc Godard called “Nouvelle Vague,” which really inspired the visual direction.

There’s a very distinct style to a lot of old Japanese text-adventure mystery games, and they’re not very well known in the West. Do you think this lack of knowledge regarding the genre might impact how Western players view The Silver Case?

– Hmmm, I see.. but it doesn’t worry me much. It’s actually a game that’s easy to progress through, especially compared to those older titles. Even if you’ve never played this sort of game before, you should be able to enjoy it. 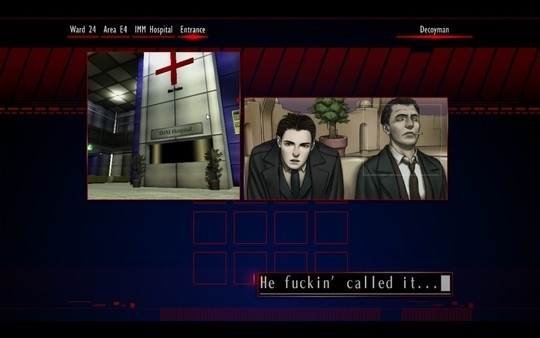 So here’s something I’m curious about. I actually interviewed someone you work with a lot… one Yusuke Kozaki. He told me that you’ve had some very… interesting development meetings. Do you have any funny stories about those?

– *laughs* Is there anything in particular you’ve heard about?

He was telling me how crazy meetings for No More Heroes got.

– Ah! Hmmmm. As far as things we discussed… I don’t think it’s something I can talk about here, especially in front of a woman. *laughs* The meetings usually consisted of me, Kozaki-san, and another person, Shigeto Koyama. It was us, along with one more member of our staff — basically, both of us are complete perverts (ed note: not sure who the second person being referred to is, to protect the guilty) and we just kept ad-libbing throughout the design meeting. We came up with some really crazy shit that’s not fit for public consumption.

– *laughs* Every time we’d have a meeting, it would be really fun–

A lot of drinking?

– No drinking, actually! Koyama and Kozaki don’t drink alcohol. At the time, I didn’t drink much, either. We’d all be totally sober in the company meeting room coming up with these wonderful, stupid ideas.

What do you find are the biggest challenges to making a game that will have global appeal?

– I make an effort not to worry too much about trying to appeal to specific markets. If you fret too much about this sort of thing, you won’t be able to make the sort of game you actually want to make. People around the world have varied interests and tastes. The most important thing should be in the game is good — if you try too hard to target a specific region, you’re likely to wind up with something funky and weird that doesn’t hit with anyone. My stance, in general is “just make good games.” 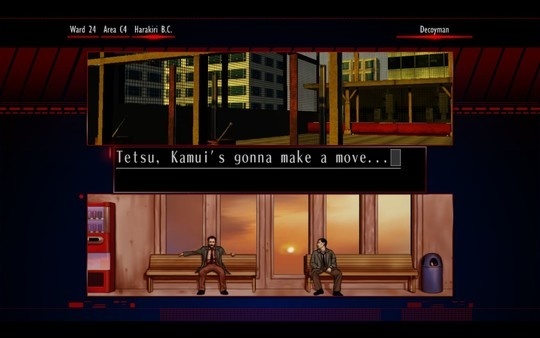 To wrap things up, what is it that you want players to take away most from The Silver Case?

Most of my recent works are very action-driven games with lots of blood and gore. With this game, you won’t see a lot of that. This time, you’re going to be showered in text the James Mountain localized instead of blood! *laughs* For the foreground storyline, where the player is a detective hunting down the serial killer Kamui, I want the player to really feel like they’ve become a part of this world, that they’re really important to this investigation. In the end, the thing that matters most is that players play the game and have a good time.