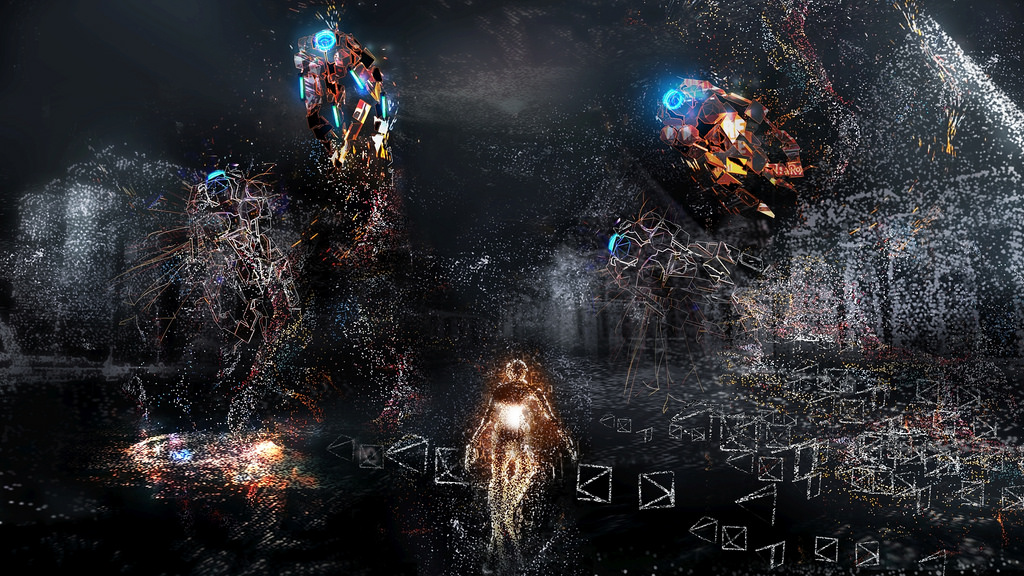 Tetsuya Mizuguchi was, at one point, known as a wunderkind for making great arcade racing games (and later Saturn ports of said racing games) before transitioning into a developer at the forefront of the intersection between music and games with titles like Space Channel 5, Lumines, and Rez. These days, he’s got a new company – Enhance Games – and is currently working on Rez Infinite, a re-imagining of perhaps his most beloved title for the PlayStation VR platform.

I had the opportunity to sit down with Mizuguchi at this year’s Game Developers Conference, not long after he gave his postmortem presentation on the production of Rez. Without further ado, let’s chat with Tetsuya Mizuguchi!

During your presentation this morning, one of the games you brought up as an inspiration was Xevious. I find that very interesting, as I don’t think the impact Xevious had on the game industry is particularly well known outside of Japan. Can you tell us a bit more about what this game means to you?

You also mentioned an Amiga game, Xenon 2, as a major influence. I was quite surprised by this, as I didn’t think the Amiga was popular at all in Japan.

So how did you wind up joining Sega?

I guess that kind of fits into the later experience you’d have of working on Sega Rally with its huge, car-shaped cabinet. How did development on that game play out? 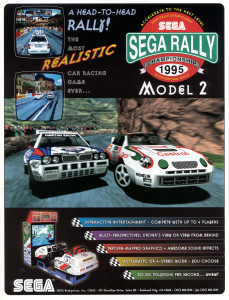 An element people really remember from Sega Rally is the soundtrack by Takenobu Mitsuyoshi. Seeing as you’re someone who is very interested in the intersection between music and gaming, what was it like to have worked with him?

Your early games at Sega were mostly racing titles. How did you convince them to let you try making your other game ideas, like Space Channel 5 and Rez?

I’m curious about your thoughts regarding the current crop of music-driven arcade games in Japan. There’s a lot of new titles that make use of interesting control mechanisms, where you use your body and motion.

I played Rez Infinite in VR earlier today, and it felt like a very natural fit. Are you having any issues adapting the game for the new platform?

One thing I’ve been wondering is what the rights situation with Rez is. Can you elaborate?

Does Sega still hold the source code as well?

Could you see yourself going back to other Q? games, like Child of Eden, and redoing them in a VR format?

You think that developers are putting all their eggs in one basket with mobile, but do you worry that Enhance Games might also be doing the same with VR?

Okay, one last, personal question – one of my favorite games that you’ve worked on is Meteos, which you collaborated on with Masahiro Sakurai. Much like you, he talks a lot about game design and player experience. What are your impressions of him, and would you want to work with him again?